On behalf of the Gullfaks and Snorre partners, Equinor today signed contracts totalling around NOK 3.3 billion for the Hywind Tampen wind farm development.

The contracts have been awarded to Kværner AS, Siemens Gamesa Renewable Energy AS, JDR Cable System Ltd and Subsea 7 AS.

“The signing of five major contracts is a key milestone in realizing the Hywind Tampen pioneer project. Won in international competition, the contracts prove that the oil and gas industry is also competitive for renewables projects. The awarded contracts will generate considerable spin-offs in Norway,” says Anders Opedal, Equinor’s executive vice president for Technology, projects & drilling.

The substructures will be designed and constructed by Kværner, allowing the company to utilize its expertise in concrete structures on the Norwegian continental shelf for this contract. 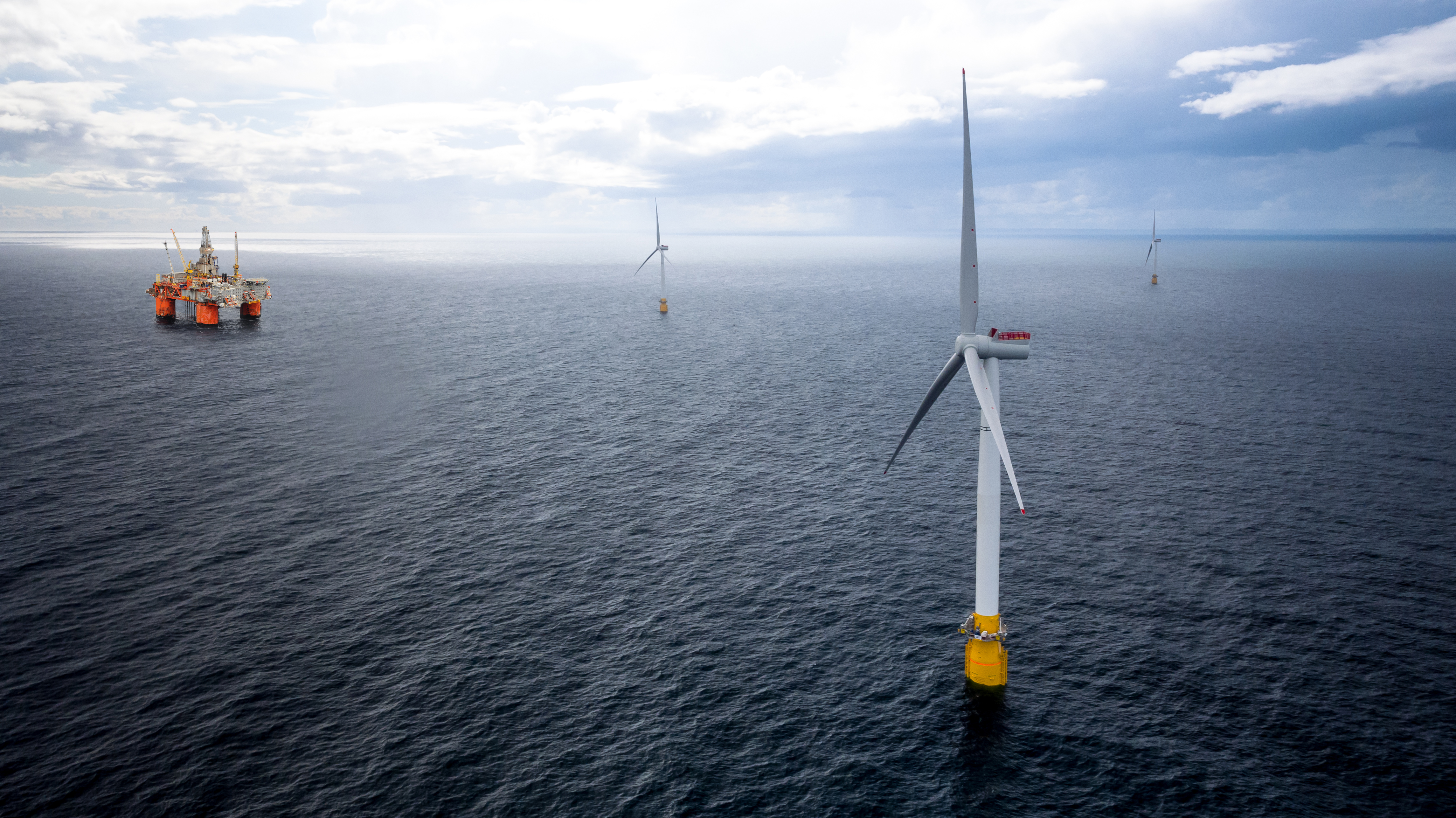 The substructures will be constructed at Kværner’s yard at Stord and site at Dommersnes in the Vindafjord in Norway. The contract includes assembly activities, tow-out and installation of completed wind turbines. The project will involve several Norwegian engineering communities.

Fabrication of the wind turbines has been awarded to Siemens Gamesa,and will be carried out at several locations in Europe before they are transported to Wergeland Base in Gulen in western Norway for assembly.

The electrical cables will be delivered by JDR Cable System Ltd and fabricated in Hartlepool in the UK. Subsea 7 Norway AS will be responsible for installation of electrical cables and connection to the Snorre and Gullfaks platforms.

The oil and gas platforms will be the first ever powered by a floating offshore wind farm. Emissions from the Gullfaks and Snorre fields will be reduced by more than 200,000 tonnes per year, equivalent to annual emissions from 100,000 passenger cars.

The Hywind Tampen investment will be close to NOK 5 billion. All contracts are subject to final approval of the plan for development and operation (PDO) by Norwegian authorities. The wind farm is scheduled to start production at the end of 2022.