Neptune Energy’s MD for Indonesia, Eko Lumadyo, attended the official signing of the West Ganal production sharing contract at the Ministry of Energy and Mineral Resources.

The ceremony was hosted by Acting Director General of Oil and Gas, Djoko Siswanto, and the event followed the announcement earlier this year that we and our partners – Eni West Ganal (40 per cent) and PT Pertamina Hulu West Ganal (30 percent) had been awarded the PSC.

The block, offered in the second conventional oil and gas bidding round 2019, covers an area of 1,129 km2 and is located in the prolific Kutei basin, offshore East Kalimantan and adjacent to Jangkrik and Jangkrik NE fields. The block includes the Maha discovery with in place gas resources in excess of 600 Bscf. 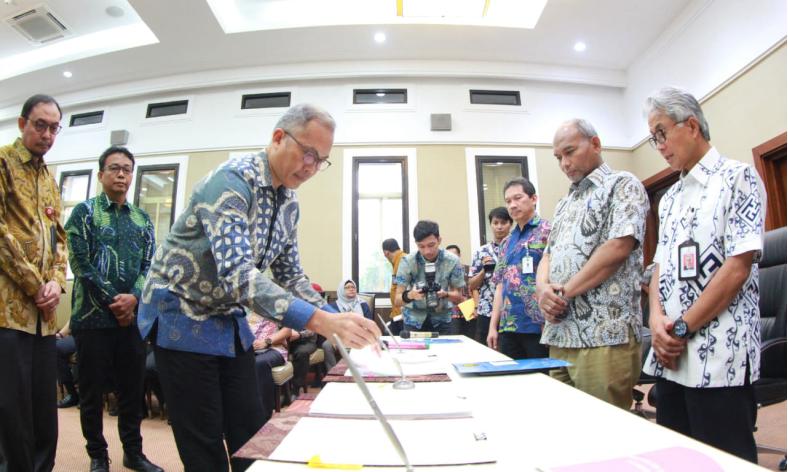