Siemens Gamesa has agreed a €200m deal to buy 8.9GW of the European onshore service business of embattled Germany-based rival Senvion along with its smaller rival’s blade factory in Portugal.

The acquisition, which will also include all the Senvion’s associated intellectual property, will see the SGRE take on some 2,000 Senvion employees.

“Bringing Senvion’s service assets on board will help us to drive growth in a key market segment and add important capacity in Germany and other important European markets, while the blade factory helps us mitigate the risk in the difficult trade environment,” SGRE chief executive Markus Tacke said.

The addition of the Vagos blade plant will help strengthen SGRE’s industrial value chain and reduce dependency on supplier sourcing from Asia, mitigating volatility amid the uncertainties brought about by current global trade issues, the OEM explained.

“Mostly, it will take expected future volumes from Asia into Europe, improving our capacity to make rather than buy blades, reducing our dependency on the Asian market – giving current challenges in the supply market,” Tacke said at a conference call on the deal.

Subject to obtaining the necessary regulatory approvals, SGRE expects to close the respective acquisition of assets in the first half of the fiscal year 2020 (October 2019 – March 2020), and as a result it will have no impact on financial performance in fiscal 2019. 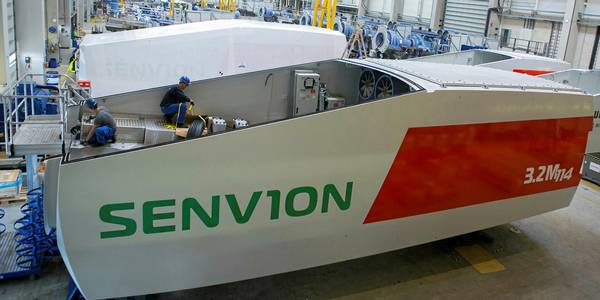