Part of the team behind the giant heavy lift operations to remove Shell’s iconic Brent platforms are setting up their own decommissioning business.

Ross Wright, an offshore construction manager with Shell, has been involved in planning and engineering the removal of the topsides of the Brent Delta in 2017 and Brent Bravo earlier this year.

He and a small-knit team of other managers on the Brents have set up Decommissioning Efficiency Solutions (DES), a new firm aiming to leverage their experience on the major North Sea projects.

The business will be based in Aberdeen, offering ‘cradle to grave’ services from planning and design through to managing labour for project execution.

Wright said DES will initially aim to offer consultancy services to the UK and Norwegian decommissioning markets, as well as potentially Asia.

2017’s Brent Delta platform removal was a giant 24,000-tonne lift by Allseas’ Pioneering Spirit vessel and ‘massive learnings’ from that operation meant the Bravo was swifter and cheaper.

The team will be comprised of Mr Wright, fellow offshore construction manager Peter Storey, along with an onshore liaison manager and a construction planner, all of whom have worked for Shell.

DES will be self-funded by the quartet with the aim to base the business near the city centre although a premises is yet to be ‘locked down’. 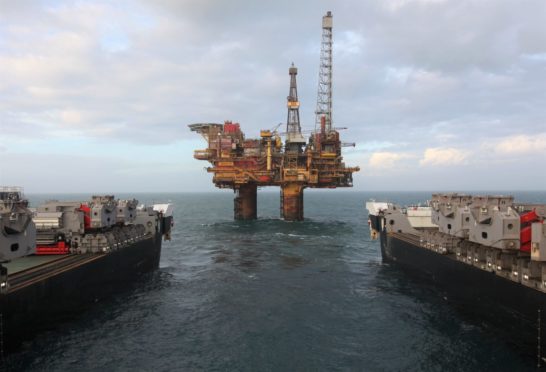