At the end of May 2019 Redtech Offshore awarded SPT Offshore a contract on the decommissioning and relocation of the Ophir wellhead platform to the Jitang field offshore Malaysia. 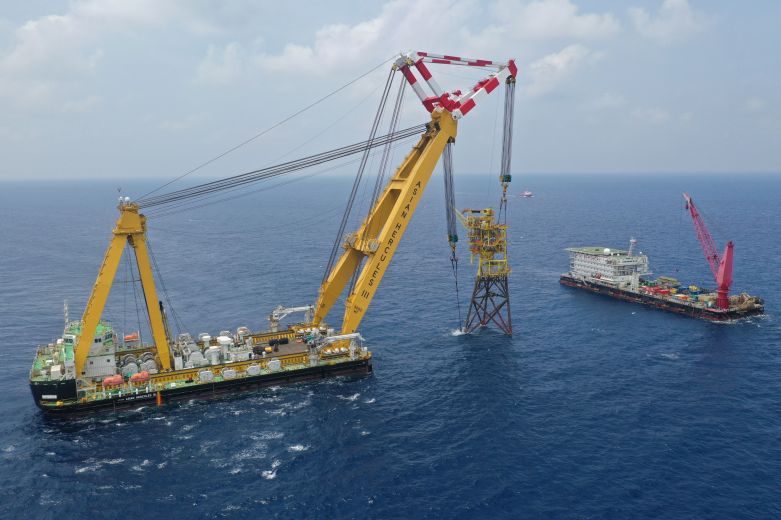 The execution of this first relocation operation in the world took place in August and concerned a one-piece lift removal method of a suction pile wellhead platform operated by Vestigo Petroleum, a subsidiary of Petronas. After removal from the Ophir field, the platform was relocated and re-installed at the Jitang field, offshore Terengganu. All was accomplished within a record-breaking time of only 3 days!

On 19th August, following several days of preparation, the 5,000 ton floating sheerlegs Asian Hercules 3 arrived on site. The suction piles were pushed out in only 4 hours before the lifting operation commenced. The sheerlegs lifted the entire platform partly out of the water while keeping the jacket submerged at 40 metres.

The sheerlegs sailed with the entire platform in the hooks approximately 50 nautical miles to the Jitang field, where the platform was immediately reinstalled. The relocation operation was completed on August 22nd due to the extreme dedication of the SPT offshore team together with its partner Redtech Offshore, the client Vestigo, and HLV owner Asian Lift.