According to Scottish Power Renewables, as of Thursday 12th September, clean, green power from one turbine is now flowing to the onshore substation at Burstall, near Bramford in Suffolk. The first of the 102 turbines, 7MW Siemens Gamesa, to begin generating power is known as WTG E19, and is located over 43km from the coast of Lowestoft.

Engineers have already started commissioning further turbines and more power will come online at regular intervals. So far 25 turbines have been fully constructed.

Once complete in 2020 and operational, East Anglia ONE will produce 714 megawatts (MW) of clean, renewable energy for the UK, enough to power over 630,000 homes.

It is considered to be the largest offshore wind farm built off the coast of East Anglia, with each of East Anglia ONE’s turbines are being pre-assembled and loaded out from Peel Ports Great Yarmouth to the windfarm site. The power generated from the turbines is then transferred via underground cables from the wind farm to the onshore substation.

East Anglia ONE is the first of four offshore windfarms ScottishPower Renewables is developing in the region and overall investment will be in the region of £2.5 billion. 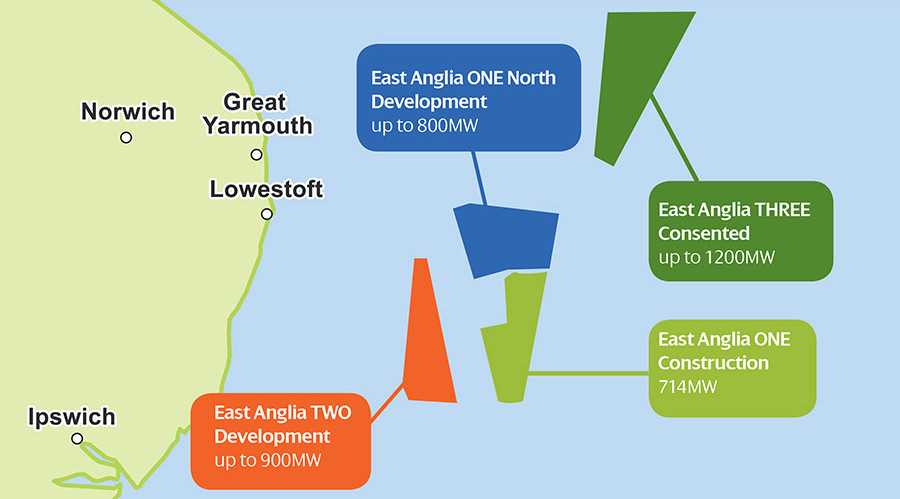