Gas and variable renewables will be the only energy sources for which demand is higher in 2050 than today.

However, they must work together alongside greater uptake of carbon capture and storage (CCS) to secure a rapid energy transition, according to a new forecast of the energy transition by DNV GL.

The 2019 Energy Transition Outlook provides an independent forecast of developments in the world energy mix to 2050. By this time, gas will account for nearly 30% of the global energy supply, providing the world with a base of secure and affordable energy, and with manufacturing feedstock.

DNV GL’s Outlook reveals there is no single pathway to a decarbonized energy mix. A combination of energy sources – primarily gas and renewables – will be the quickest route to delivering a supply of affordable, decarbonized energy in the lead-up to mid-century. Gas will increasingly complement variable renewables, meeting demand in peak periods such as winter in colder climates.

As gas secures its place as the world’s largest energy source from the middle of the next decade, its production and consumption must be decarbonized to help achieve national and international targets for climate change mitigation.

CCS – the only currently-available technology to deeply decarbonize hydrocarbon use – will not be employed at-scale until the 2040s unless governments develop and enact more definitive policies on its use, according to the Energy Transition Outlook.

“All major routes to successfully decarbonizing gas rely on the large-scale uptake of carbon capture and storage. The future of CCS largely lies in the hands of policy-makers setting a higher carbon price than the cost of the technology. The industry can also play a role in stimulating quicker adoption by focusing on finding ways to reduce the cost of CCS technology,” said Liv A. Hovem, CEO, DNV GL – Oil & Gas (below). 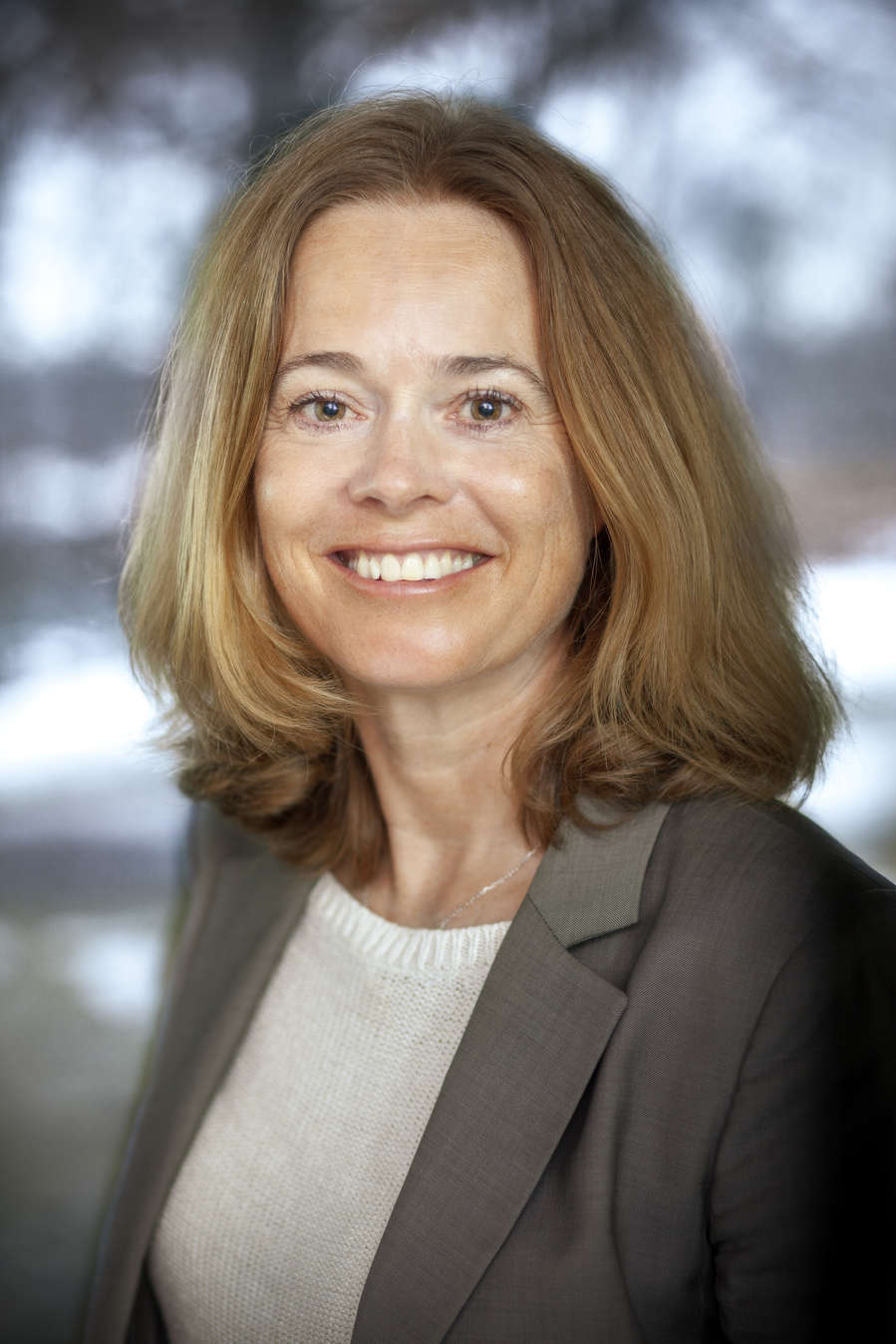 “Large-scale uptake of carbon capture and storage technology will unlock significant opportunities for hydrocarbon and renewable energy technologies to work together to decarbonize the energy mix. The energy industry must however also shift its mindset from ‘gas vs renewables’ to ‘gas and renewables’ for success,” Hovem added.

Approaches to integrating hydrocarbon and renewable technology for decarbonized gas production and consumption include:

According to DNV GL’s analysis, global oil demand will peak in the mid-2020s and gas demand will keep rising to 2033. Gas demand will then plateau, and the fuel will remain dominant until the end of the forecast period in 2050 when it will account for over 29% of the world’s energy supply. 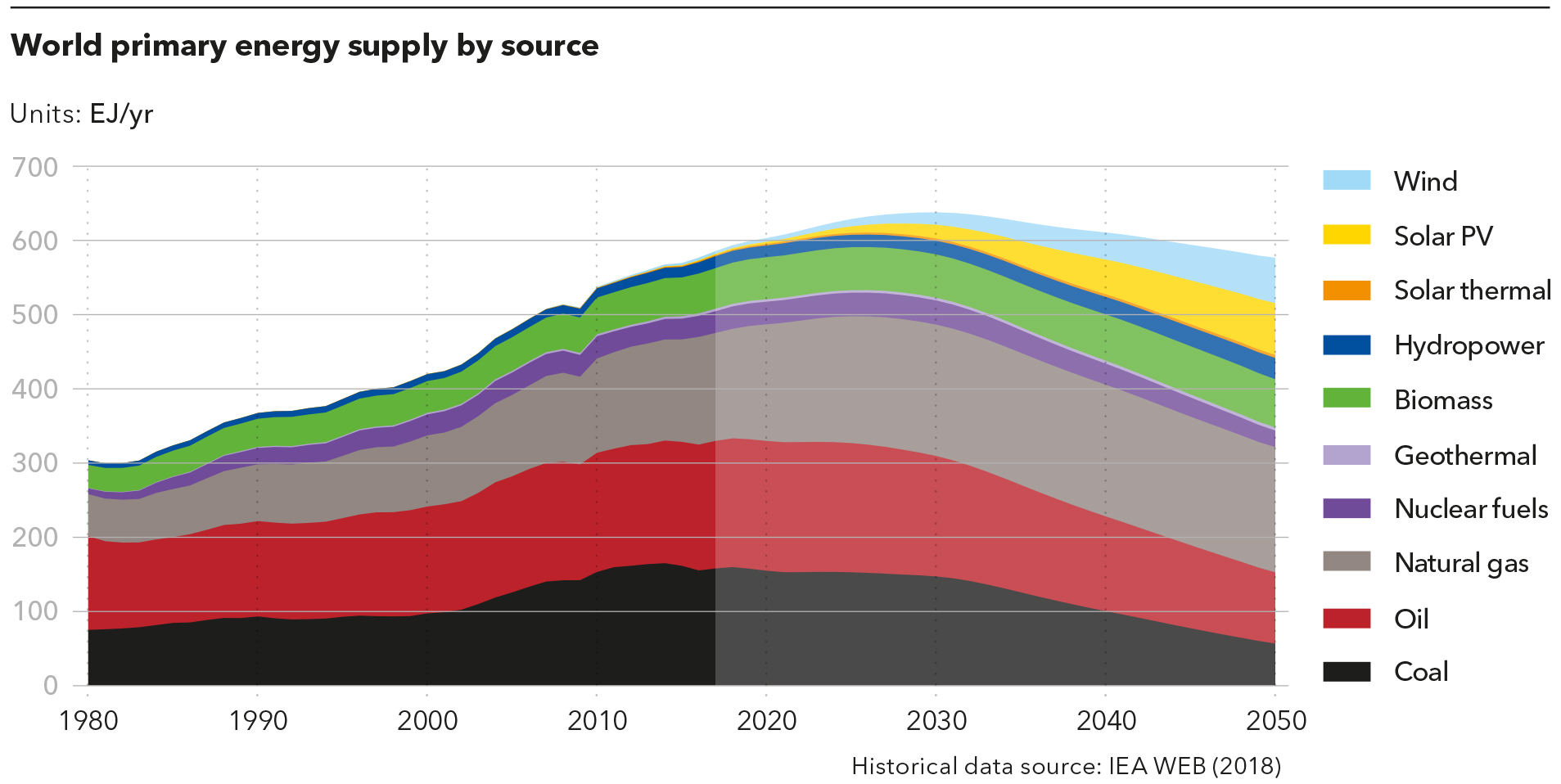 Significant investment will be required to ensure production meets demand, including realising the potential from stranded gas reserves and for reserve replacement. DNV GL forecasts global upstream gas capital expenditure to reach USD 737 billion (bn) in 2025, and USD 587 bn in 2050. Other important forecasts for the future of natural gas include:

“Our sector will only have the opportunity to decarbonize if it maintains society’s trust through a sharp focus on safe operations and environmental performance. Companies’ ability to display the highest standards of safety and sustainability today will win the public support that the industry needs to decarbonize for tomorrow,” added Hovem.

DNV GL’s suite of 2019 Energy Transition Outlook reports are available to download free of charge. The main ETO report covers the transition of the entire energy mix to 2050 globally, and in 10 world regions. It is accompanied by three supplements forecasting implications for the oil and gas; power supply and use; and maritime industries.