Borssele Alpha, TenneT’s first and at the same time largest connection system for wind farms on the Dutch North Sea is ready for operation.

Exactly to schedule and within budget, in 2020 Borssele Alpha will unlock the green energy from offshore wind farms Borssele I and II being built by the Danish energy company Ørsted. 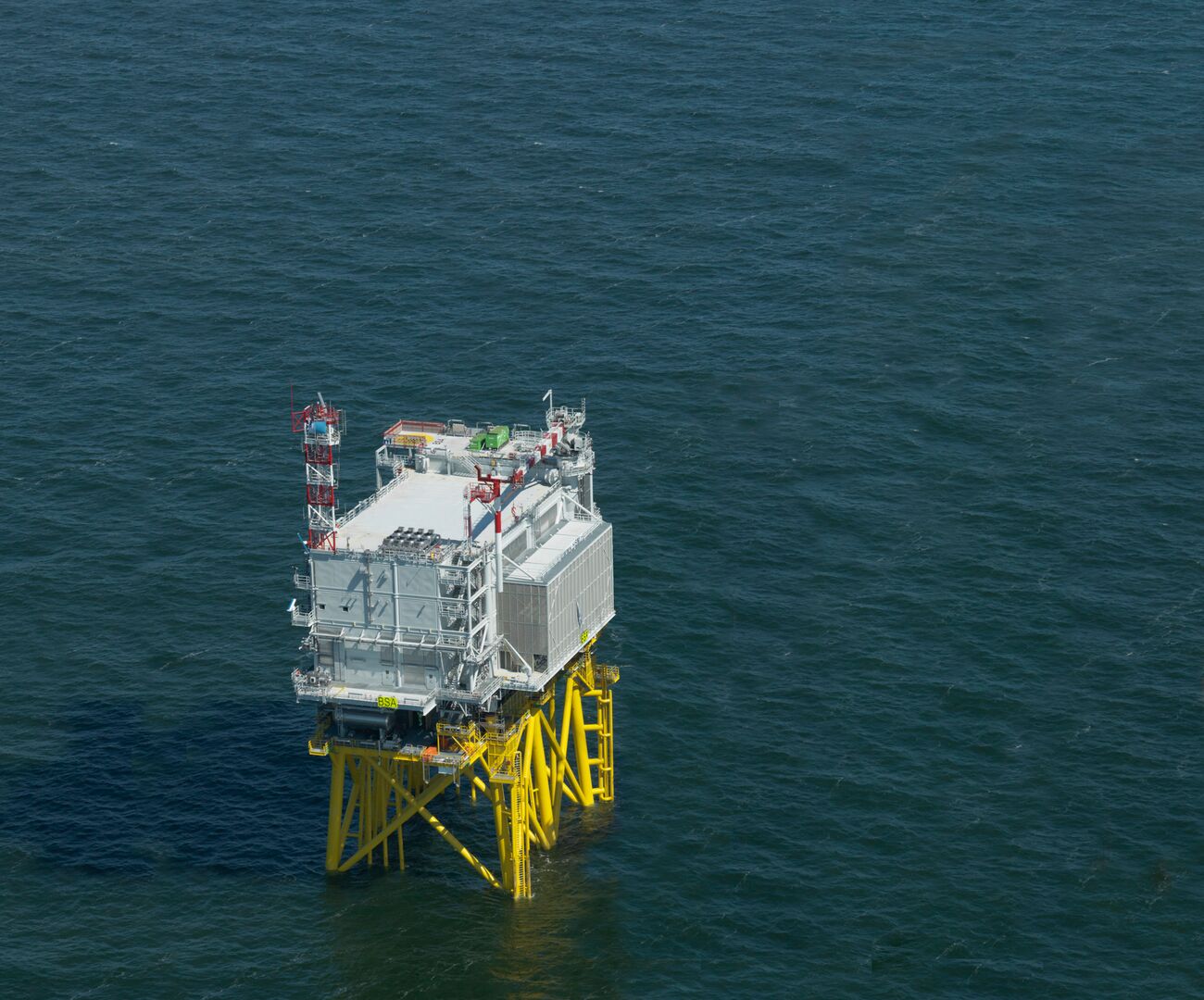 Certification issued by DNV GL marked the completion of the Borssele Alpha project. It means that this offshore grid connection complies fully with the conditions set out in the Dutch government’s Offshore Wind Energy Development Framework.

The Borssele I and II wind farms will have a capacity of around 700 megawatts (MW). This corresponds to electricity generation for approximately one million households. The power will be connected through TenneT’s offshore connection Borssele Alpha to the onshore high voltage substation near Borssele for further transport in the high-voltage grid.  For this purpose, a new substation has been built next to the existing 380 kV Borssele high voltage substation.

Marco Kuijpers, Senior Manager of TenneT’s offshore projects in the Netherlands: ‘It is a fantastic achievement that this first major connection system for North Sea wind energy has been completed to schedule and within budget. The approach that we use in the Netherlands, which was developed in association with the Ministry of Economic Affairs and Climate, is now bearing fruit. The integrated approach that was implemented on behalf of the Dutch government under the responsibility of the Ministry of Economic Affairs, the clear decisions concerning offshore wind energy locations, the innovations being adopted and TenneT’s standardised transmission systems are perfectly suited not only to the offshore wind programme up to the end of 2023, but also to the projects that have been planned to the end of 2030.’

The Energy Agreement and offshore wind energy in 2023

According to the Energy Agreement, by the end of 2023 TenneT will have constructed 3,500 MW of offshore grid connections for offshore wind farms. The next offshore connection after Borssele Alpha is Borssele Beta.  Like Borssele Alpha, this connection system will have a capacity of 700 MW and will be completed in 2020, serving the Borssele III and Borssele IV wind farms, which are being developed by the Blauwwind consortium. After this, it will be the turn to ‘Hollandse Kust (zuid)’ Alpha and Beta, followed by ‘Hollandse Kust (noord)’.

TenneT will connect the wind farms off the coast of Zeeland, Zuid-Holland and Noord-Holland in the same way. Five times over, TenneT will use the same 700 MW transformer platforms that are located close to the wind farms, and the same type of cable connection to the coast. This standardisation will allow these projects to be completed more efficiently, more quickly and more economically.

The Borssele Alpha transformer platform also includes a measuring station with nautical radars, meteorological systems (for wind, precipitation, clouds and temperature) and ecological monitoring systems for birds and bats. A Maritime Information Provision Service Point is realised by Rijkswaterstaat (Directorate-General for Public Works and Water Management) in collaboration with TenneT at every offshore transformer platform. This will collect unique and detailed information along the entire coastal area of the Netherlands. In addition to the Coast Guard, port authorities, universities, the Dutch Meteorological Office (KNMI) and wind farm operators also make use of this data. The data will be brought ashore via TenneT communication cables.

According to the Follow-up Roadmap for Offshore Wind Energy, a further 6,100 MW of offshore wind farms will be built from 2024 through to the end of 2030. These wind farms will be located in the wind energy areas known as ‘Hollandse Kust (west), ‘Ten Noorden van de Waddeneilanden’ and ‘IJmuiden Ver’. For the first two, TenneT will again be using three standardised 700 MW platforms (2,100 MW).

The efficient connection of the wind energy areas further out into the North Sea, such as IJmuiden Ver (4,000 MW), will partly require other techniques that use direct current instead of alternating current. IJmuiden Ver will have two offshore converter stations, each with a capacity of 2,000 MW, which is unique in the offshore wind industry.