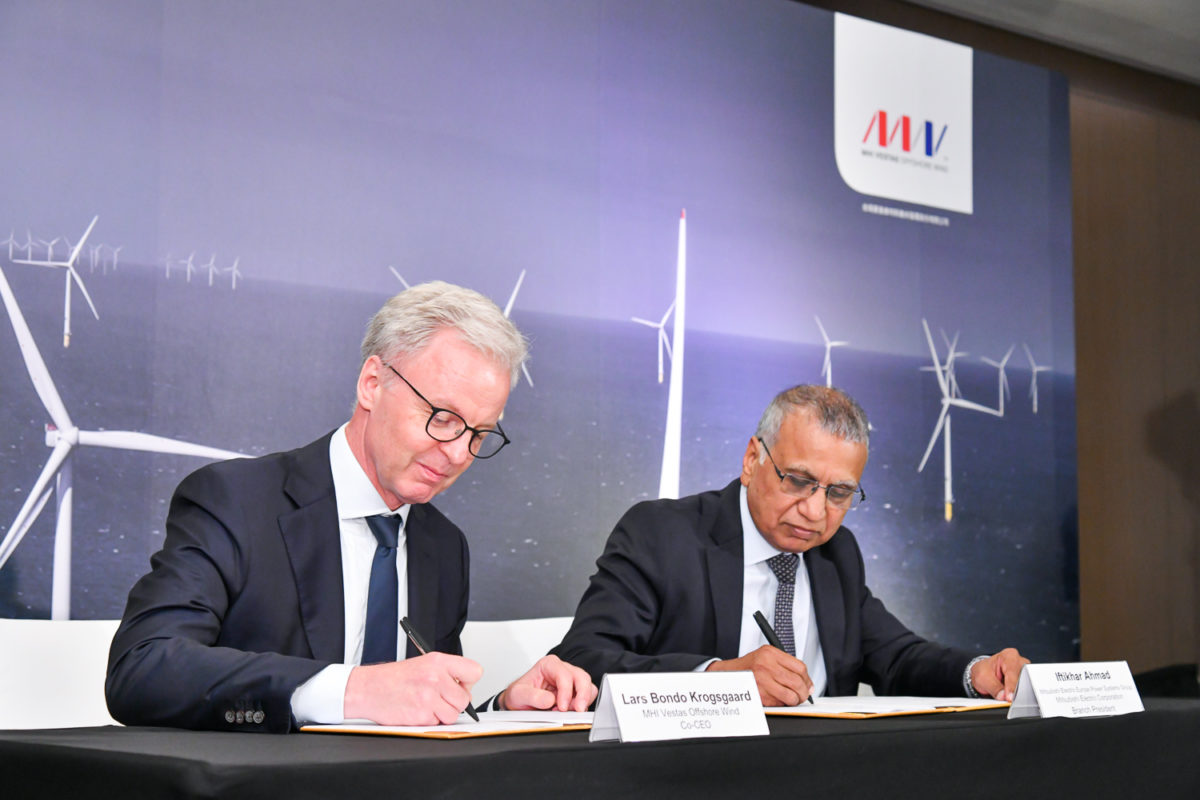 The contract, signed today by executives from MHI Vestas and Mitsubishi Electric Europe, meets the Taiwan government’s localisation requirements for local production, sending a signal that MHI Vestas is aggressively advancing its industrial plans in the market.

“It is clear that we’re moving aggressively with our industrial plans in Taiwan,” said Lars Bondo Krogsgaard, MHI Vestas Co-CEO. “Signing with industry leader Mitsubishi Electric, who will work with Shihlin Electric for local switchgear assembly, speaks to the tremendous progress MHI Vestas has made in building up the local offshore wind supply chain. As a result of our sustainable localisation efforts, up to NT$9.2b in economic value and 5,300 clean energy jobs will come to Taiwan.”

The assembly and testing of high voltage switchgear, a key electrical component in offshore wind turbines to help control and protect electrical equipment, will be done at Shihlin’s factory in Hsinchu, with first delivery in 2022 for projects installed in 2023 and 2024.

MHI Vestas has now signed three contracts for local production, including CS Wind and Chin Fong for towers and Swancor for blade materials as part of a formal localisation framework made in October 2018 with Copenhagen Infrastructure Partners (CIP). The comprehensive localisation scope advanced by MHI Vestas and CIP promises to create up to *5,300 jobs and *NT$9.2b (€264 million) in economic value for Taiwan in localised components alone, which does not include installation, commissioning, and operation and maintenance for the lifetime of the turbine.