After a major construction phase, the 3,500 tonne Dvalin module has been lifted safely aboard the Heidrun platform in the Norwegian Sea. 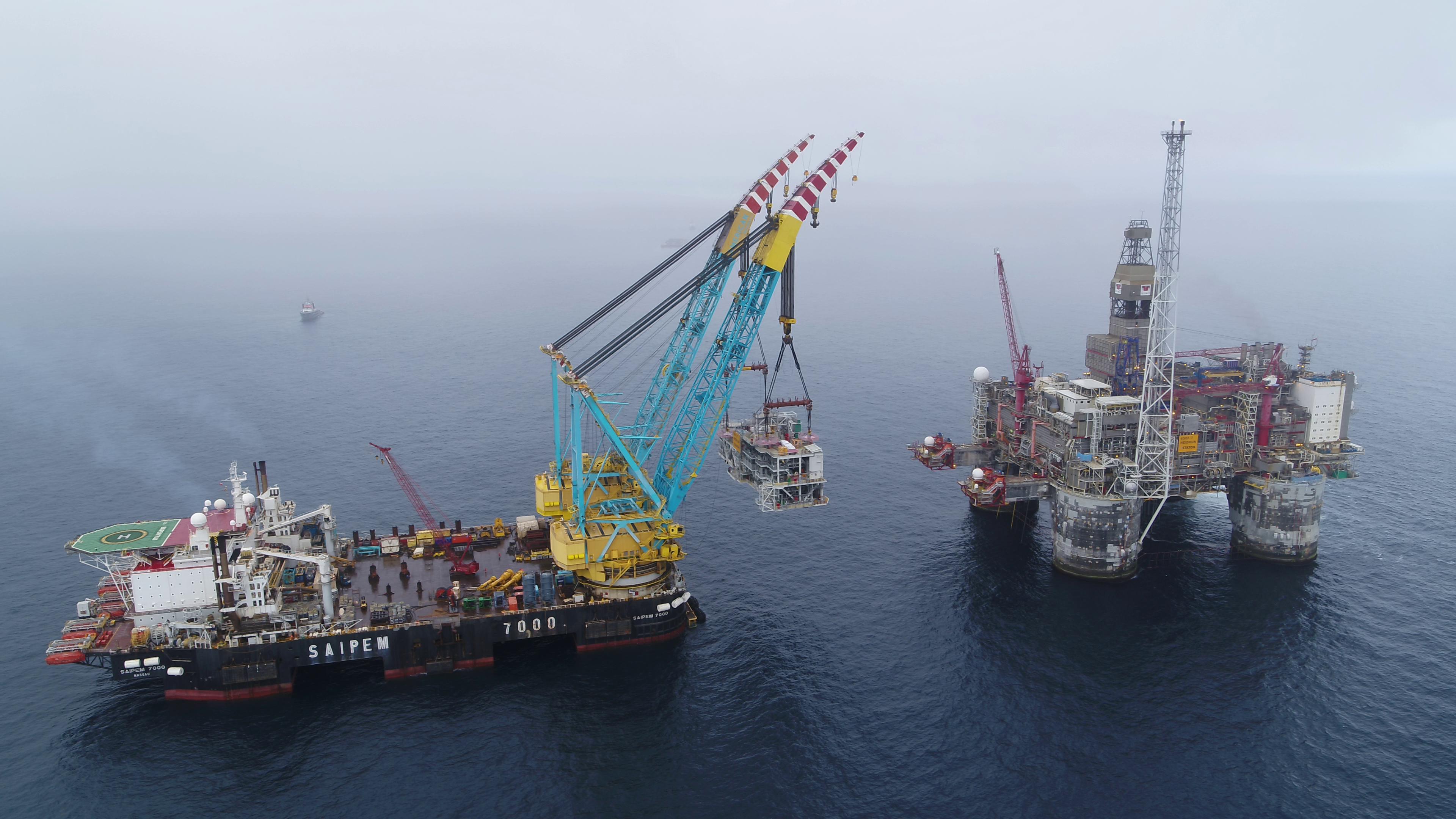 The three-hour operation on 3 August ranks among the heaviest lifts onto an existing platform in the history of the Norwegian Continental Shelf.

The Wintershall Dea operated Dvalin field is a subsea gas development tied back to Heidrun, 15 kilometres to the northwest in the Norwegian Sea. In the case of Dvalin, some 700 yard workers have spent two and a half years building a dedicated gas treatment module.

“The Dvalin team has worked purposefully to safely construct and install this giant module in time and within budget. It is very satisfying to see this impressive technical feat carried out successfully and without incidents,” said Hugo Dijkgraaf, Chief Technology Officer (CTO) and Member of the Board for Wintershall Dea.

The Dvalin module was built at the Aibel yard in Haugesund on behalf of Equinor, which is the operator of the Heidrun platform. Wintershall Dea has worked closely with both companies to ensure smooth delivery of the unit.

“So far, there have been 3.5 million working hours carried out on the Dvalin project without a single serious injury. Although the project is still ongoing, I am incredibly proud that we have had such a clear focus on safe operation, while at the same time delivering against the project plan,” said Thomas Kainer, Senior Vice President, Major Project Dvalin for Wintershall Dea.

The lifting operation was carried out by the heavy lifting vessel Saipem 7000. The Dvalin module was lifted from the barge onto the Heidrun platform over the course of three hours.