The world’s fourth largest offshore wind farm – and Scotland’s biggest – has been officially opened by HRH The Prince Charles, The Duke of Rothesay.

Situated in the North Sea, 13km off the coast of Caithness, Beatrice’s 84 turbines will generate 588MW of energy – enough to power 450,000 homes every year – and save around 8m tonnes of harmful carbon emissions over its expected 25-year lifetime operation, playing a crucial role in the UK’s efforts to combat climate change.

Jim Smith, Managing Director of SSE Renewables said: “We’re incredibly privileged and honoured to welcome His Royal Highness to Wick today to perform the official opening of Scotland’s largest wind farm, Beatrice. Today is about celebrating the hard work, innovation, drive and collaboration of thousands of people from across Scotland, the UK and further afield who all played their part in building Beatrice, which is now Scotland’s largest offshore wind farm and the fourth largest in the world. We’re incredibly proud it’s been delivered on time and under budget, even when dealing with the challenges the North Sea and deep waters bring. We’re especially proud of the significant positive impact Beatrice has already made to the communities of Wick and Caithness, and which will last for decades to come.” 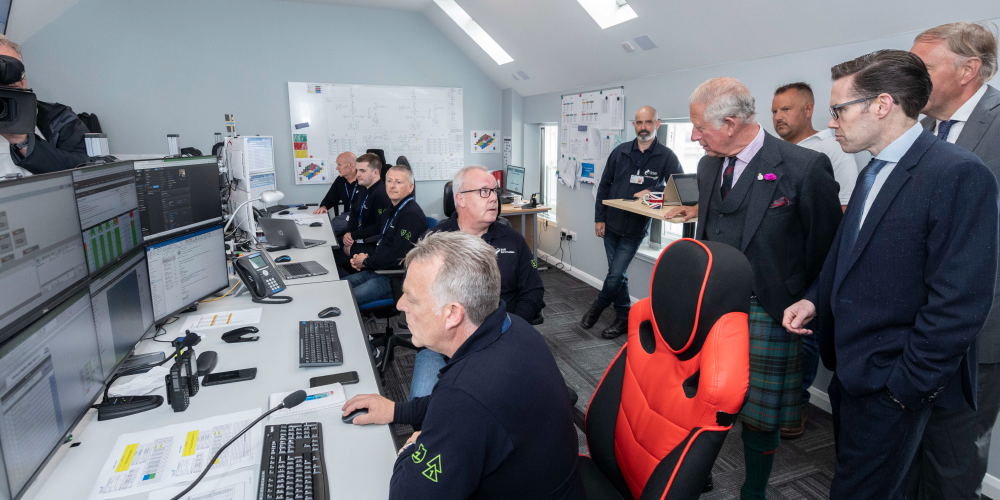