In what is believed to be a first for Australia, the unique Safeway motion compensated offshore access system of the Dutch Van Aalst Group recently completed more than 1200 safe personnel transfers and 40 gangway operations in only 24 days.

This remarkable achievement created hundreds of extra working hours for the Pluto Alpha (PLA) offshore turnaround in Q2, 2019, resulting in more than 40 days of work scopes being completed in 27 days. The PLA gas production platform is operated by Woodside Energy and is located 190 km north-west of Karratha, Western Australia, in 85 metres of water. Gas from the Pluto field is piped through a trunk line to an onshore facility. 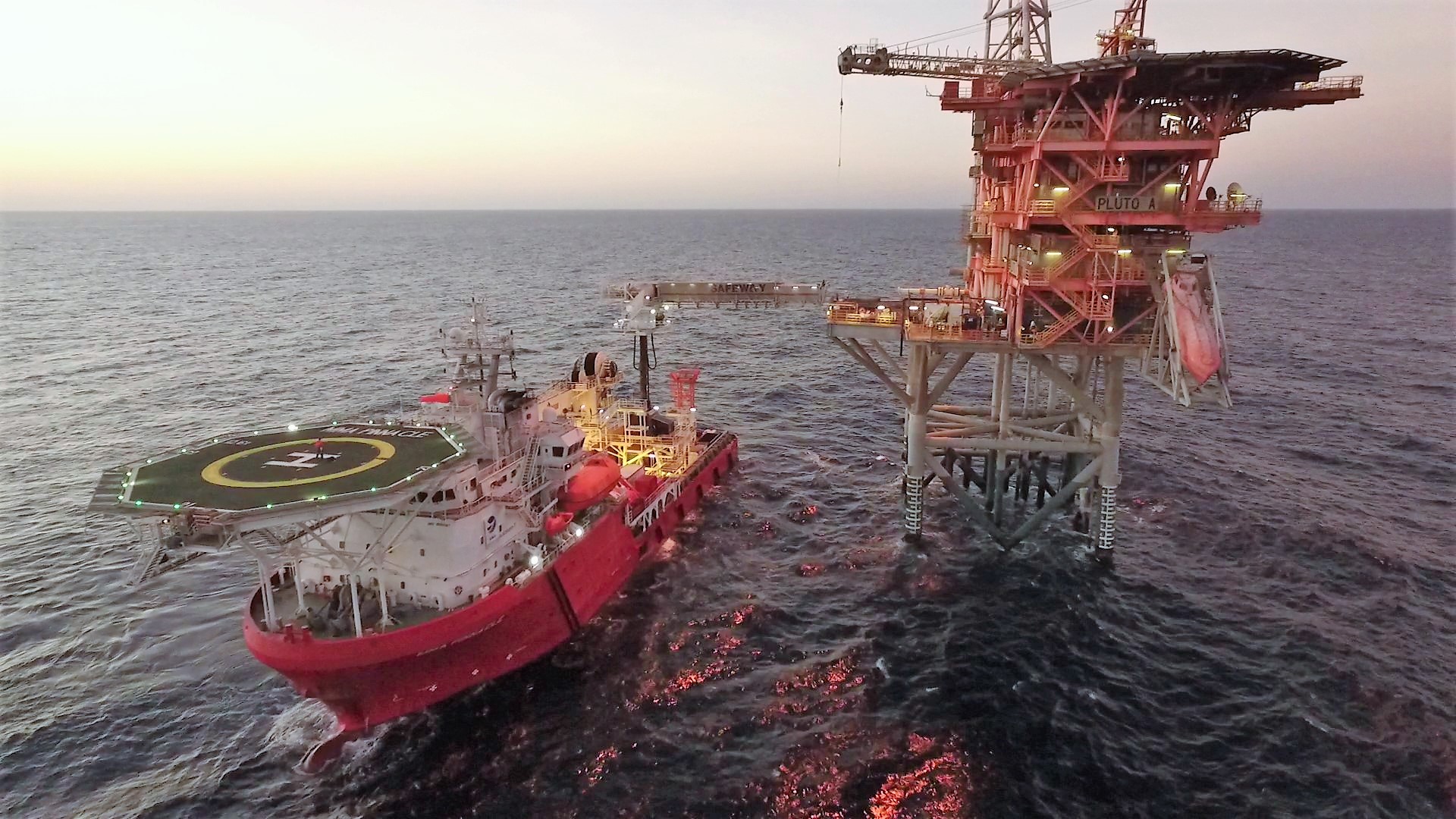 Woodside’s Turnaround Excellence Manager Russell Probert said the fully overhead covered and weather-proof, telescopic motion-compensated gangway allowed the maintenance crew safe and direct access to and from the Pluto platform, even with the vessel’s pitching and rolling motions. “It is like an airbridge from an airport terminal to an airliner,” he explained. “Our team was able to literally ‘walk to work’.”

Woodside’s Construction Manager Angelo Chiappini added: “Whenever you work with a first of its kind, it brings a lot of challenges to it and also a great satisfaction when you deliver. W2W was extremely challenging to execute with Woodside’s assets because their height above sea level is so much higher than the average in other regions of the world, such as the North Sea. PLA, for example, is more than 29m above sea water. As from day one all work of the turnaround was executed safely, enabling the project to be a resounding success.”

Ben Small, Woodside’s Marine Operations Manager stated: “From my perspective, this particular W2W project embodies everything Woodside aspires to achieve: innovating trusted and reliable ways of going to work at sea, collaborating with our contractor partners and then accelerating the delivery of work to unlock greater value than at any time previously.”

Finally he concluded that the next stage is to take lessons learned and roll them in to future scopes where W2W can add value, starting with the turnaround at North Rankin Complex coming September. Also conversations have already started for offshore turnarounds in 2020 and beyond.

Wijnand van Aalst, CEO at Safeway responded: “This successful ‘first’ W2W-project offshore Australia is indeed a significant milestone for Safeway as we enter another promising and challenging oil & gas region. Safeway is already operating with various striking types of motion compensated offshore access systems in areas such as the North Sea, Baltic Sea and offshore Nigeria. And obviously we are grateful for this opportunity given by Woodside Energy and MMA Offshore to show the game changing technologies of our Seagull-type W2W gangway in the Asia Pacific region as well. We look forward to many more projects to come.”