For this purpose, we collaborate with scientists from various universities from Belgium and abroad.

GSR supports the proposal to establish a network of marine reserve areas of at least 30% of the oceans. This is already the case in the area where GSR conducts research. Since 2012, the International Seabed Authority (ISA) has set aside an area of ​​1.44 million square kilometers as a marine reserve area. This amounts to 35% of the Clarion Clipperton zone where the polymetallic nodules are located.

In 2018, GSR was the first company to publish its environmental impact statement for a scientific experiment. GSR has also partnered with the independent JPIO project, a consortium of scientists from nine European countries, to independently monitor their trials. In this way, GSR is setting the standard of the industry. A moratorium on deep sea mining would lead to a standstill of scientific deep-sea research. Only by intensifying research, we learn what we must protect.

The legislation under development includes high requirements in terms of environmental protection. No exploitation can take place without an environmental impact statement assessing the different risks and opportunities. The precautionary approach is also included in the legislative framework and has resulted in the progressive, step-by-step approach of GSR. 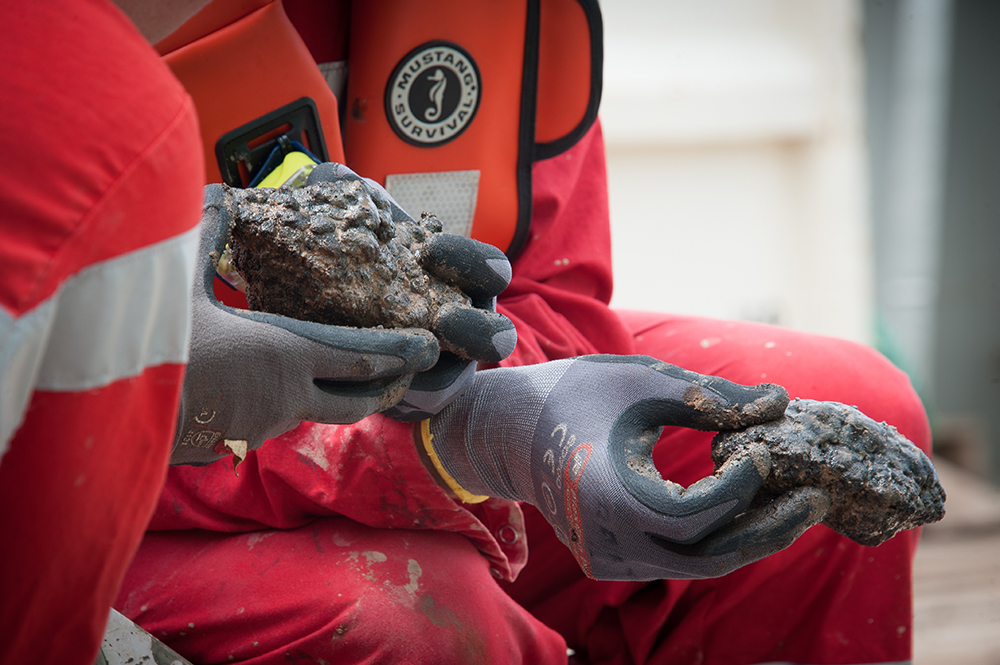 GSR endorses responsible exploitation of polymetallic nodules for the simple reason that these nodules are multi-metallic, and therefore the CO2 emissions per extracted kilogram of metal are much lower. Nodules contain four metals: nickel, copper, cobalt and manganese. These are precisely the metals we need to fight climate change. The remainder of the nodule consists of sand. These four metals never appear combined in terrestrial deposits, which leads to the imperative exploitation of three different mines.

According to the IPCC report, by 2075, 70 – 85 % of our energy supply must come from renewable sources to reach the target of 2.0 °C. For this, we need a fivefold increase of the investments in renewable and energy storage. A very ambitious goal which is impossible to achieve on the sole prospect of recycling, as metals are stuck in the infrastructure between 10-30 years before they can be recycled.