The 164-meter long Spartacus will be the world’s first LNG-powered Cutter Suction Dredger built by Royal IHC for DEME.

The Spartacus was towed from IHC’s shipyard in Kinderdijk to the Caland Canal while the cutterladder was transported by barge. First, Aegir lifted the cutterladder from the barge with her dual crane blocks.

Spartacus was then moved into position and moored alongside Aegir. The 57-meter long cutterladder was carefully lowered into position by rotating the ladder as well as shifting the Spartacus.

Clearances encountered during this process were as small as 24 mm. After the locking pins were engaged, the cutterladder installation was completed.

Spartacus will now return to IHC for further construction activities. Aegir will soon depart Rotterdam to execute other projects in the North Sea. 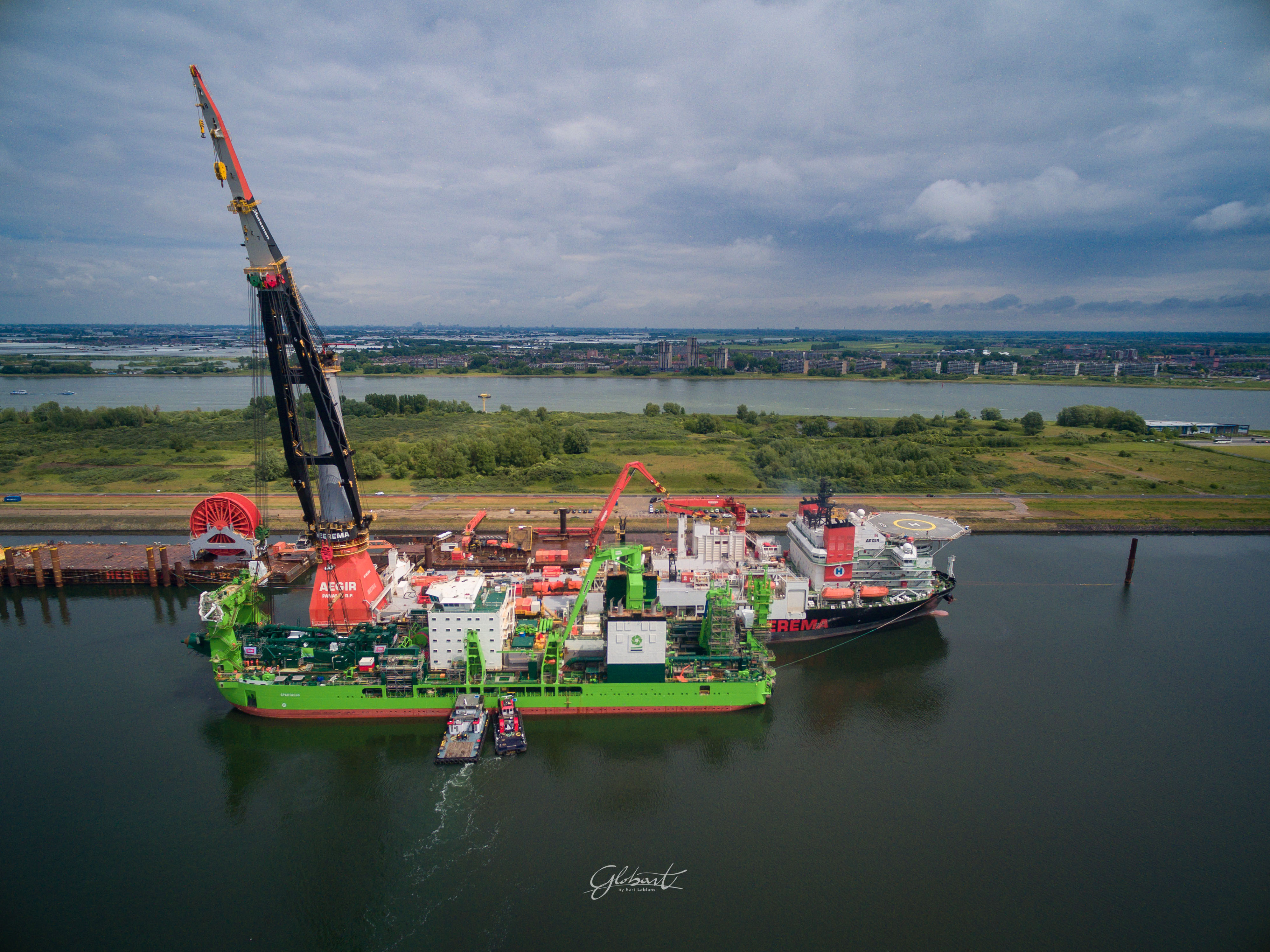 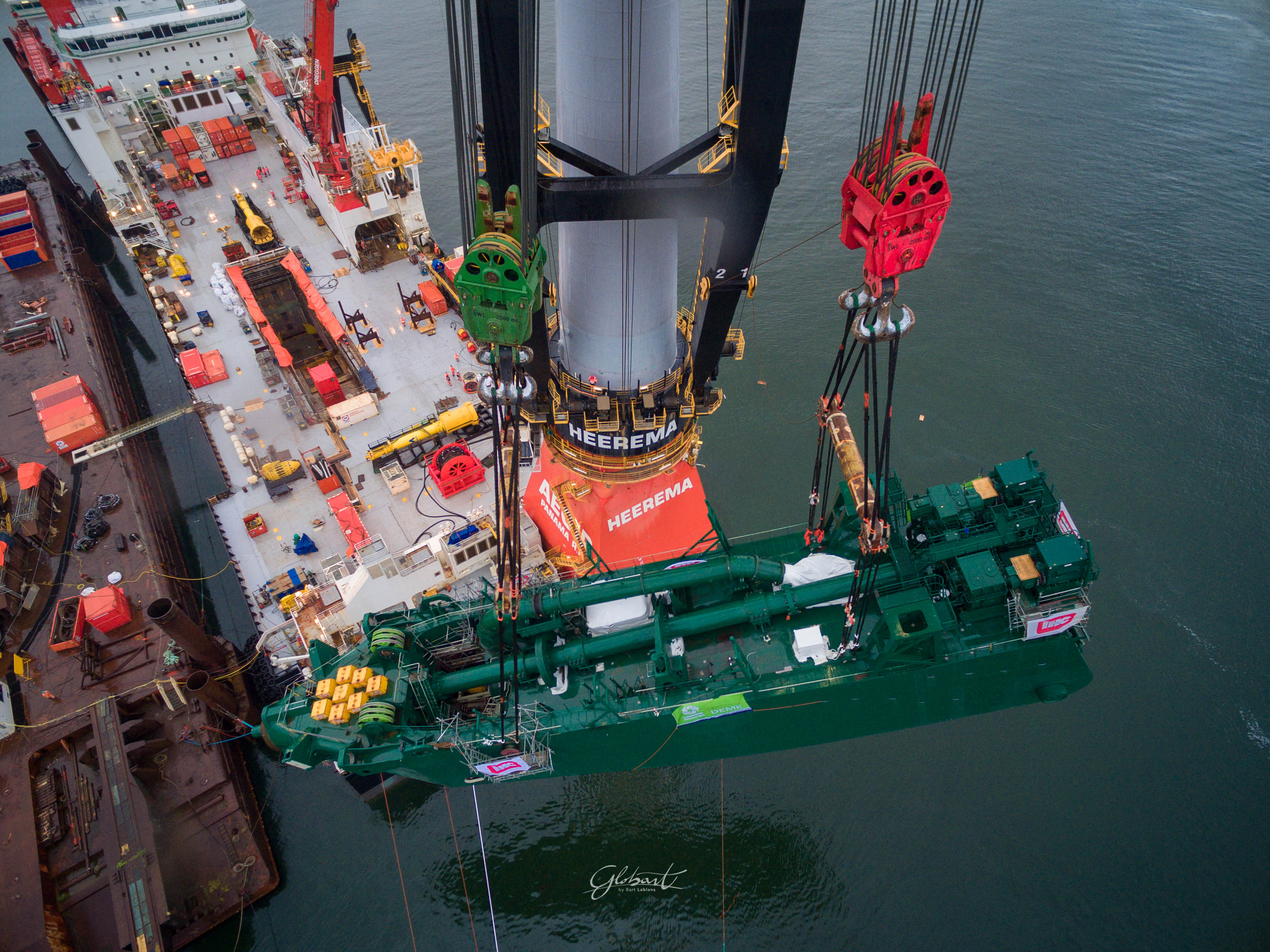