The keel laying ceremony of the DP3 cable laying vessel CLV Nexans Aurora was held on 24 April 2019, with grand blocks.

The vessel is destined for the installation of subsea cables by Nexans, a global actor in cabling systems and services.

The hull is being built at Crist, Poland, while the engineering, outfitting and system integration, equipment preparations, testing, sea trials and finalizing will be carried out at Ulstein Verft, Norway. The ST-297 CLV (Cable Laying Vessel) is designed by Skipsteknisk. 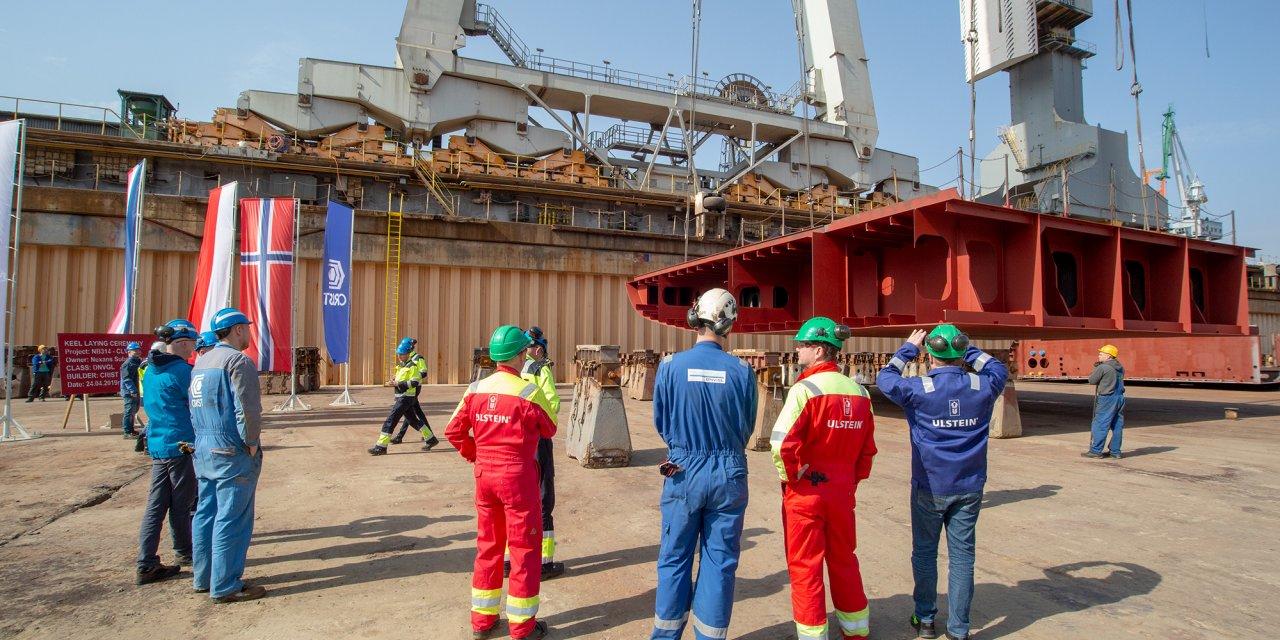