ExxonMobil said that it made a new oil discovery offshore Guyana at the Yellowtail-1 well, marking the 13th discovery on the Stabroek Block.

The discovery adds to the previously announced estimated recoverable resource of approximately 5.5 billion oil-equivalent barrels on the Stabroek Block. Yellowtail-1 is the fifth discovery in the Turbot area, which ExxonMobil expects to become a major development hub.

“Similar to the Liza area, successive discoveries in the Turbot area have continuously grown its shared value,” said Mike Cousins, Sr. VP of ExxonMobil Exploration and New Ventures. “Our success here can be attributed to our industry-leading upstream capabilities, the strength of our partnerships and our ongoing commitment to growing Guyana’s offshore potential.”

Yellowtail-1 encountered approximately 292 feet (89 meters) of high-quality oil bearing sandstone reservoir and was drilled to a depth of 18,445 feet (5,622 meters) in 6,046 feet (1,843 meters) of water. The well is located approximately 6 miles (10 kilometers) northwest of the Tilapia discovery. The Noble Tom Madden began drilling the Yellowtail well on March 27. It will next drill the Hammerhead-2 well. 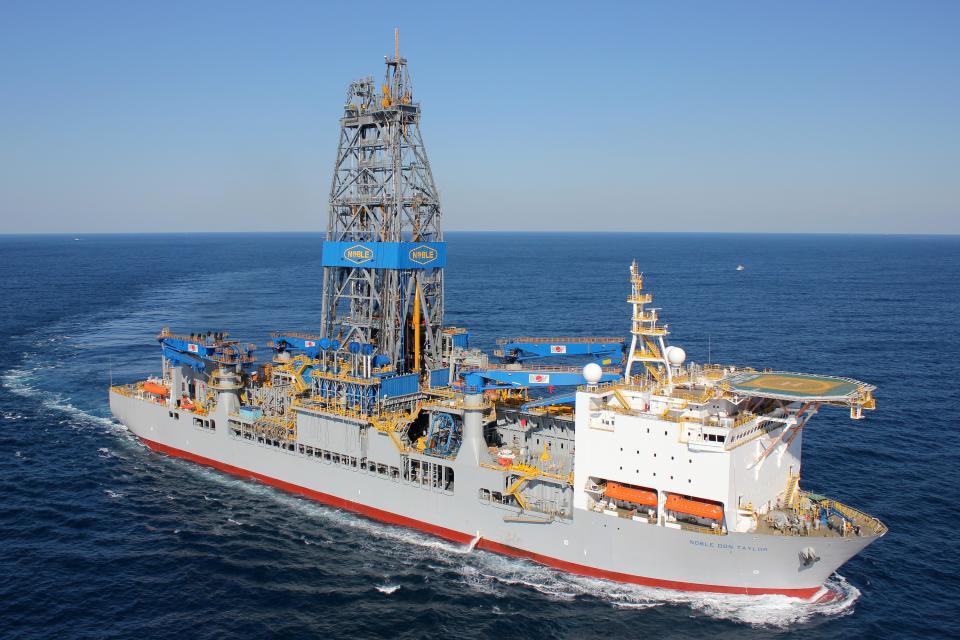