Oilfield services provider Petrofac has been appointed well operator by Tullow Oil for the next phase of its Thames decommissioning project, following the award of a contract worth around $16 million.

Petrofac said on Tuesday that, as well operator, it will be responsible for the execution of plug and abandonment operations on three of Tullow Oil’s subsea wells in the Southern North Sea.

This will include detailed planning, direct procurement and management of all sub-contracted services, including provision of a jack-up rig, Petrofac explained.

According to the company, the award follows the successful completion of plug and abandonment programs in 2016 and 2018, throughout which Petrofac decommissioned seven of Tullow Oil’s subsea and platform wells, delivering project savings of more than $6.5 million. 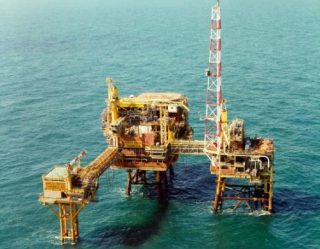 Alex Macdonald, Managing Director – Well Engineering, Petrofac Engineering and Production Services, said: “We are delighted to further strengthen our relationship with Tullow Oil as it takes the next step in its Thames Decommissioning project.

“At the end of the asset lifecycle, the focus on cost and schedule remains as important as ever.”

The Thames field complex is located in Block 49/28 of the Southern North Sea, 80 kilometers North East of the Bacton Terminal off the coast of Norfolk.

It comprised of five fields surrounding the Thames platform: Thames, Bure Oscar, Bure West, Yare, Wensum, and Thurne. Field development began in the 1980s, with first gas from the Thames field (platform wells) in 1986 and subsequent subsea wells tied back and brought online, the last in 2008.