Three days – that’s what it took to lift four of the last pieces in the Johan Sverdrup puzzle into place – the two final platform topsides, a bridge and a flare stack.

The processing platform lift was the heaviest lift ever performed offshore.

“Now we are in the process of concluding the installation campaign for the first phase of construction of Johan Sverdrup. Putting the final building blocks of this gigantic project into place is important to ensure start-up of the field as planned in November this year,” says Trond Bokn, senior vice president for Johan Sverdrup. 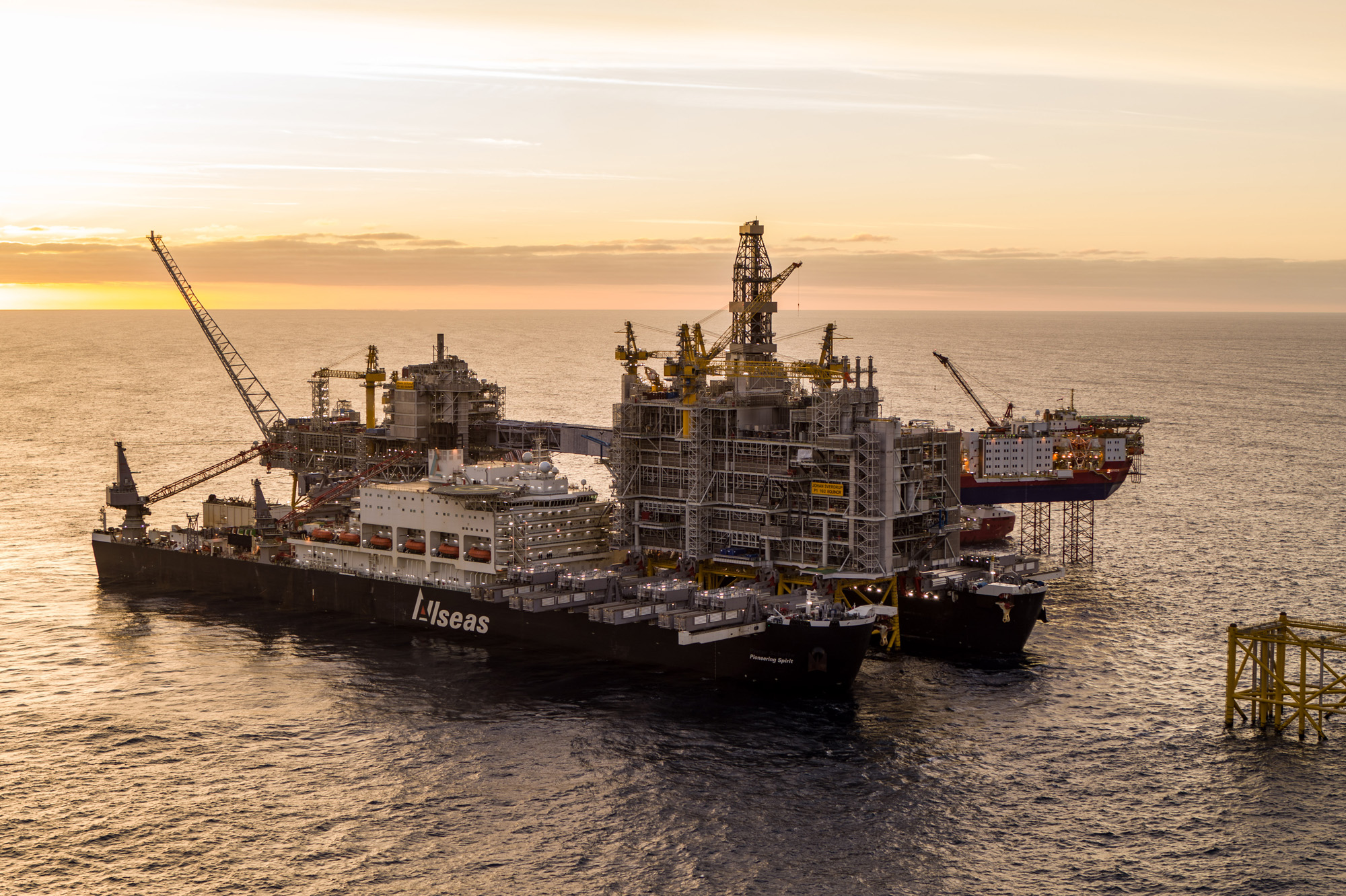 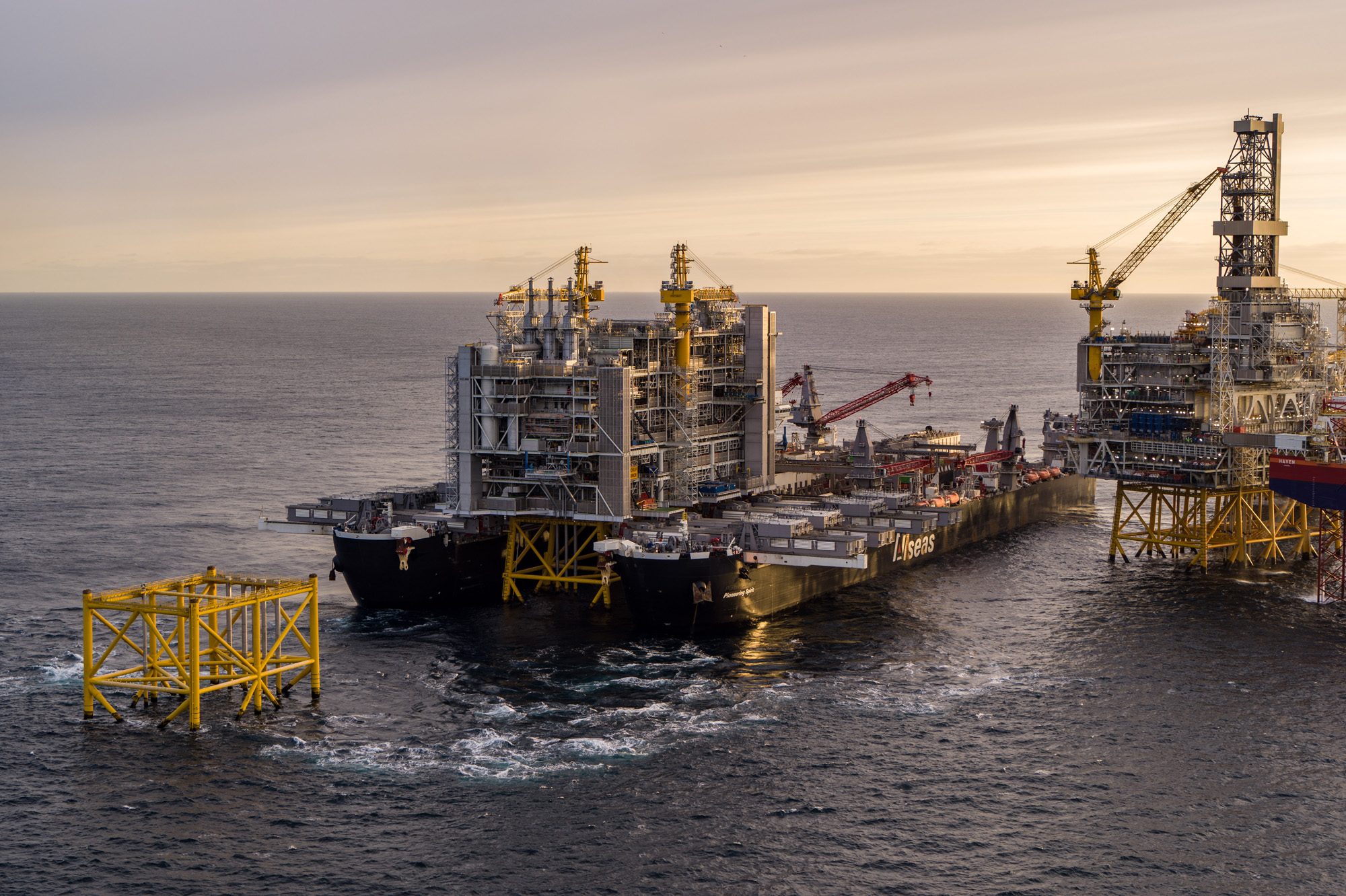 The two final platform topsides were installed using the heavy lift vessel Pioneering Spirit’s single lift technology. The processing platform lift – nearly 26,000 tonnes – set a new lifting record offshore, and was carried out on Tuesday morning in only four hours with a clearance of just 25 metres from the rest of the field centre. The lift of the utility and living quarters topside, 18,000 tonnes, was completed early Friday morning in just 3.5 hours. From the start of the lifting operation of the processing platform on Tuesday morning until the living quarters topsides had been lifted into place on Friday it took less than 72 hours.

During the same period, the final flare stack and the bridge that links the processing platform to the drilling platform were lifted into place by the heavy lift vessel Thialf. The final bridge that will connect the utility and living quarters topside to the rest of the field centre will be installed in the next possible weather window. 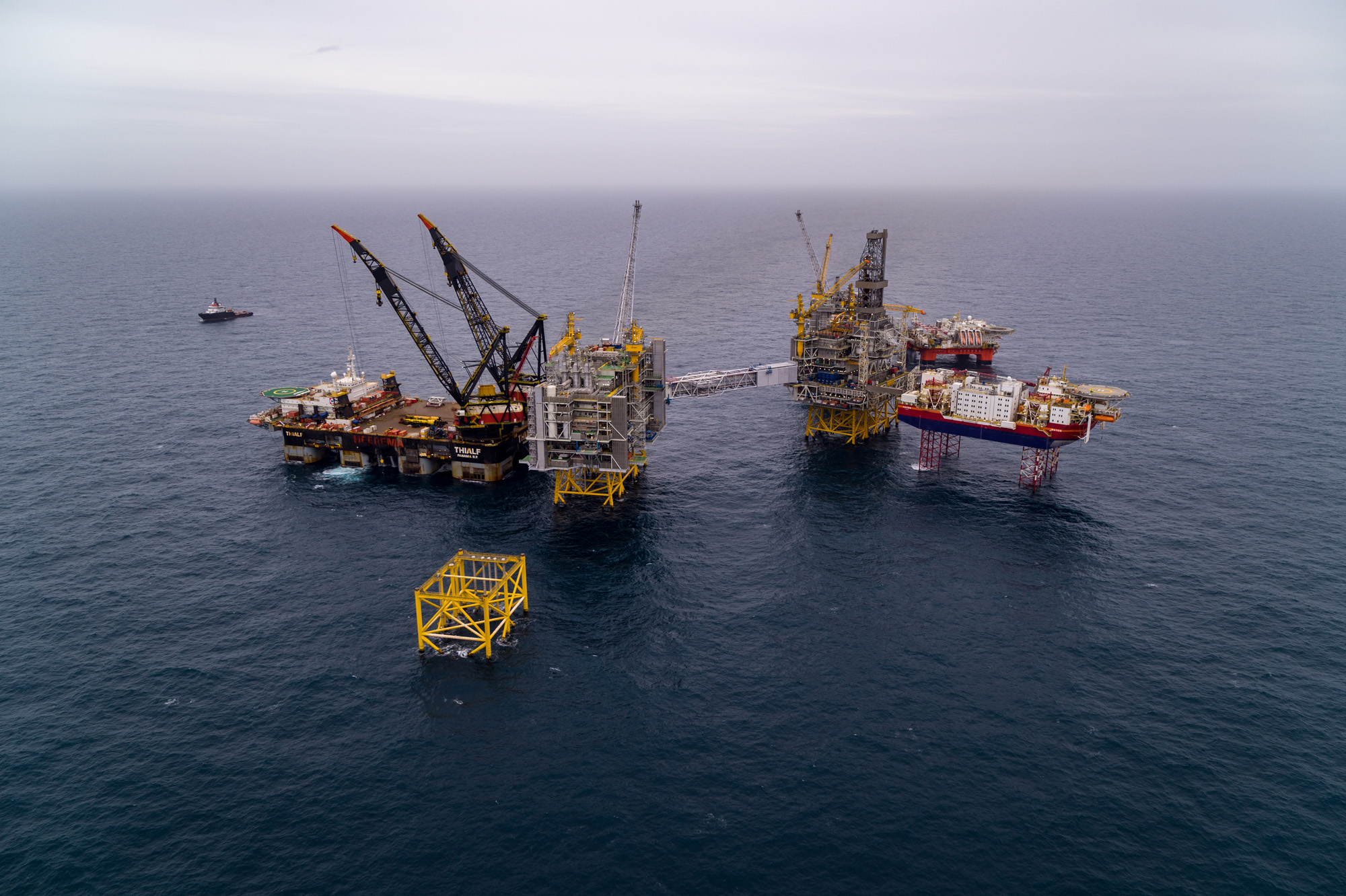 “We have completed the heaviest lift ever performed offshore. Over the course of just three days, we have lifted almost 47,000 tonnes into place. And the whole process was completed safely and efficiently, without harm to people or the environment,” says Ståle Hanssen, responsible for engineering, installation and commissioning in the Johan Sverdrup project.

“This was all made possible by in-depth planning and, not least, a high level of precision in execution in collaboration with our suppliers and partners,” says Hanssen. 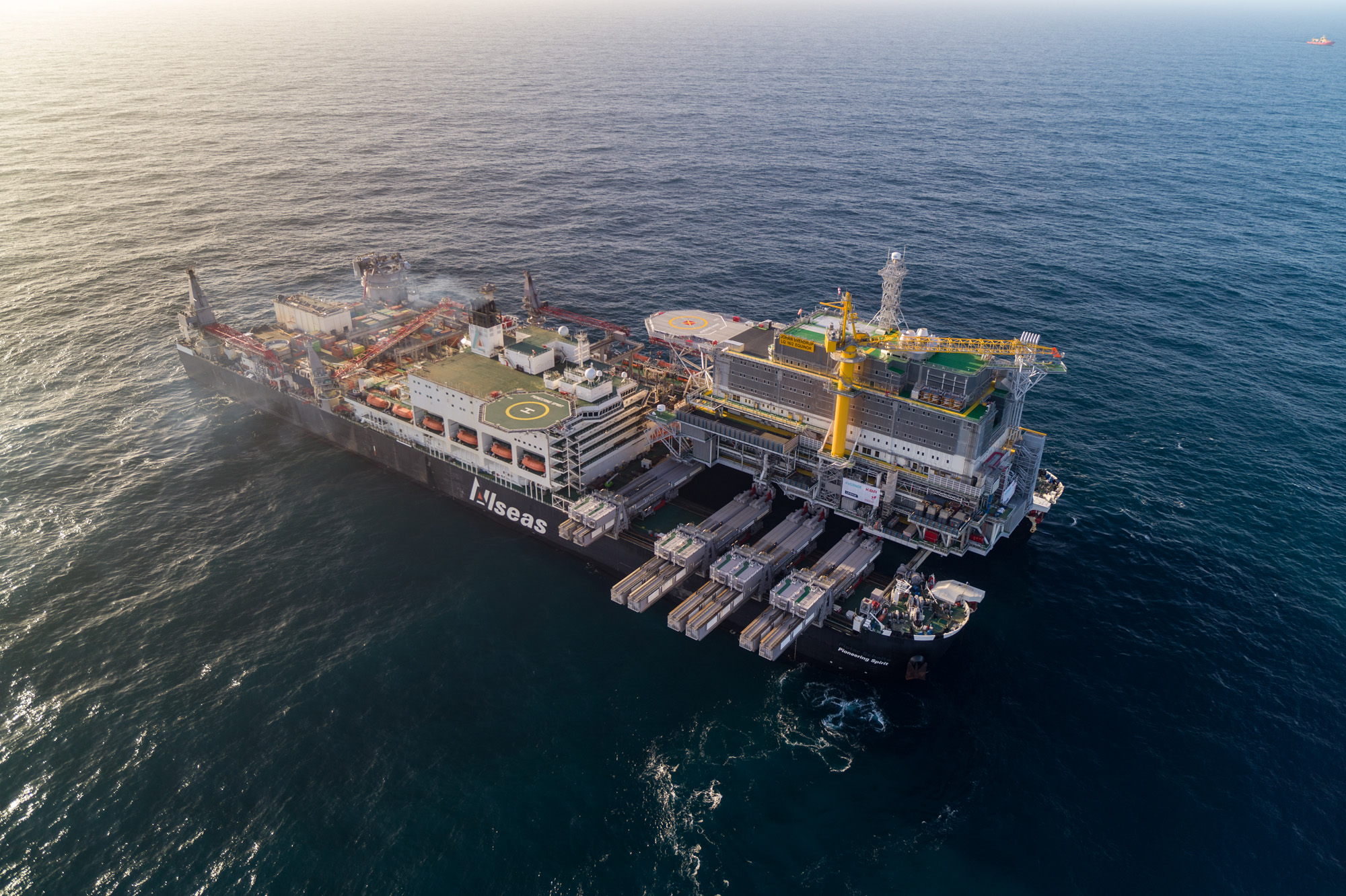 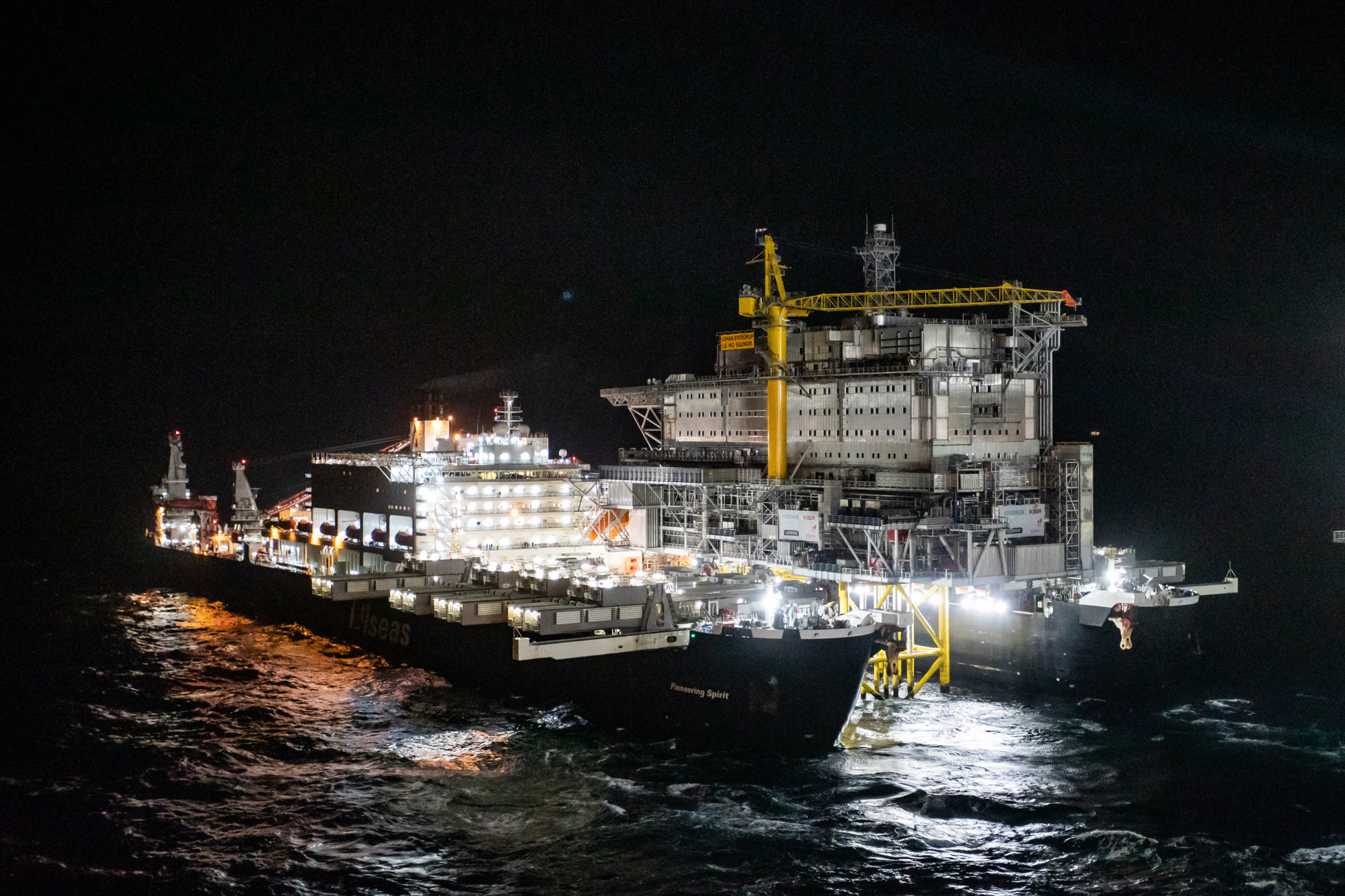 “We are proud of what the Johan Sverdrup project has accomplished together with our partners and suppliers. At the same time, we’re not finished just yet. A lot of work remains, but with the installation campaign completed, we are on track to start production in November,” says Bokn.

The first item on the agenda is hook-up, testing and commissioning of the two final topsides. This will be followed by testing and ensuring that all four platforms – and the field centre as a whole – function as a single unit. Completing the tie-back of the eight pre-drilled production wells on the field to the drilling platform will also come in addition to this.

Video of the transfer and installation of the processing topside.

Video of the transfer and installation of the utility and living quarters topside.