The fourth and final platform for the first phase of the giant Johan Sverdrup project offshore Norway will be installed in a single lift by specialist mega vessel Pioneering Spirit.

The Johan Sverdrup field – owned by license partners Equinor, Aker BP, Lundin Norway, Petoro and Total – is expected to provide value and revenue to the Norwegian state and society of more than NOK 900 billion over the field’s life, according to operator Equinor.

On February 15 this year the joint venture formally handed over the topside to Equinor, just as planned more than 3.5 years ago. One month later, after further preparations, the living quarters topside is now ready for sail-away to the Johan Sverdrup field in the North Sea where it will be transported on board the Allseas lifting vessel Pioneering Spirit, which is on a planned break from from Nord Stream 2 pipelaying activities. 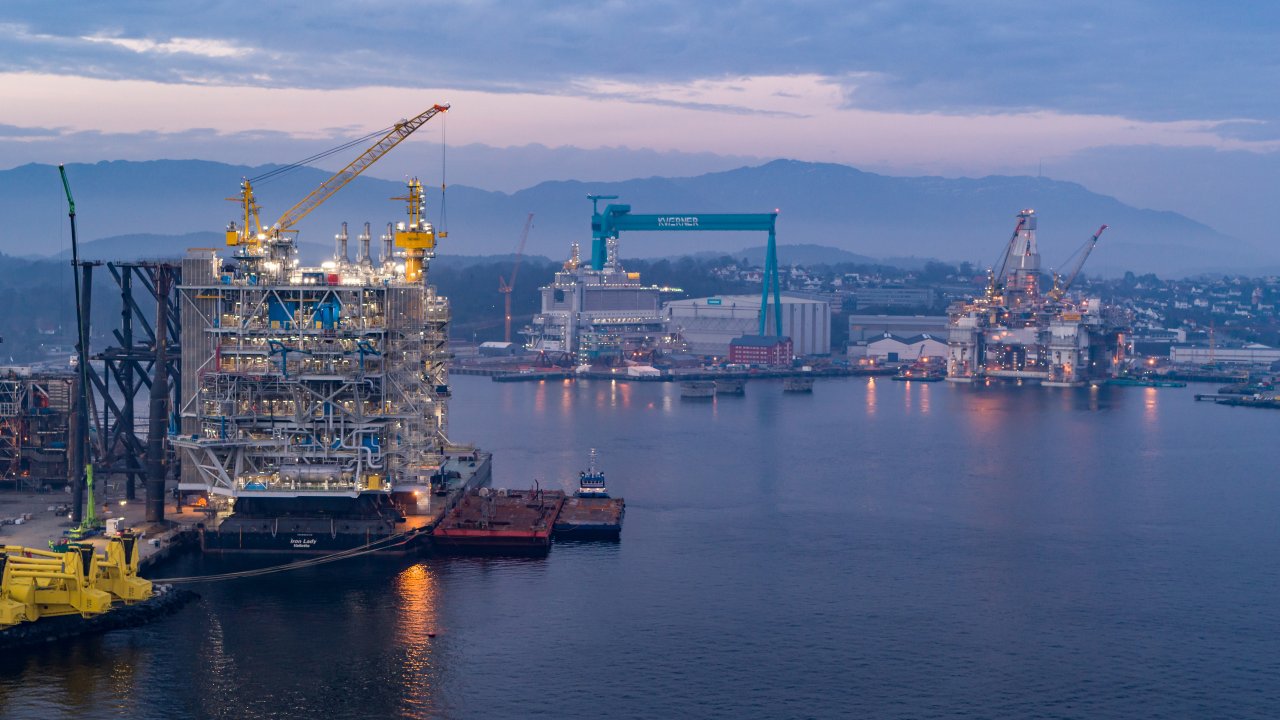