The U.K., which now leads the world in offshore wind installations, will soon lose its title to China, despite plans to double its capacity by 2030.

The analyst firm FTI Consulting expects China’s cumulative offshore capacity to pull ahead of the U.K. after 2021.

That year, China is expected to have almost 10.9 gigawatts of cumulative capacity, compared to less than 10.4 gigawatts in the U.K. China has been catching up with the U.K. since 2017, when Chinese offshore wind installations breached the 1-gigawatt mark.

FTI Consulting’s figures are for turbine installations. Going by capacity connected to the grid, the measure used by trade body RenewableUK, U.K. installations topped 2 gigawatts in 2018. By either measure, though, the U.K. is steadily losing ground to China. 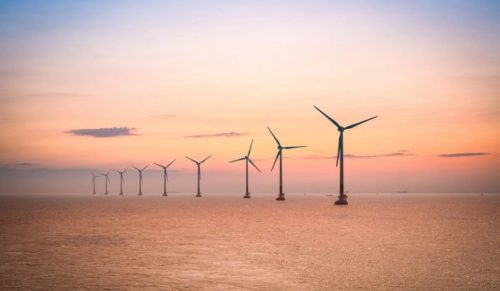 China’s advancement comes as the U.K. completed a number of prominent projects in 2018, including the world’s largest operational offshore wind farm, Walney Extension, which clocks in at 659 megawatts, plus the 573-megawatt Race Bank and 400-megawatt Rampion plants.

Last July, U.K. lawmakers pledged to maintain the pace of installations. The Climate and Energy Secretary, Claire Perry, said the government will hold auctions every two years, with a goal of around 30 gigawatts of cumulative capacity.

By 2030, she said, offshore wind could be generating more than a third of the U.K.’s electricity needs, with 30 gigawatts up and running.

The industry is projected to attract £48 billion ($63 billion) in investment by the end of the next decade and employ 27,000 people in highly skilled jobs, she said. But China is moving even faster.

Pointing to the scale of China’s ambitions, this month Jiangsu Province in eastern China was reported to have approved 24 offshore wind projects with a total capacity of 6.7 gigawatts, all due to come online before the end of 2020.

In the coming years, China is set not only to dominate offshore wind, but also to become the largest market in the world for wind generally, according to a forecast from Fitch Solutions released last November. 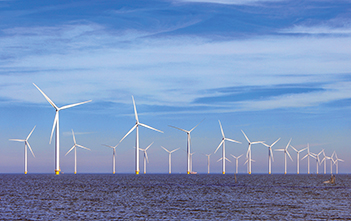 China will account for more than 45 percent of the 465 gigawatts of capacity additions Fitch forecasts for the wind sector between the end of 2017 and 2027. “The country has already emerged as one of the fastest expanding offshore wind markets in the world,” said Fitch.

As China races ahead of the already rapidly growing U.K. market to lead in offshore wind, other countries will find it hard to keep up, said Søren Lassen, an offshore wind analyst at Wood Mackenzie.

“Today Germany is a close second to the U.K. in Europe, but we expect the U.K. to extend its lead over Germany over the coming 10 years,” he said. “While we do not expect other markets to overtake the U.K. or China, the future build-out of offshore wind will be more dispersed as established markets are picking up the pace and new markets emerge both inside and outside Europe.”