“We are pleased to start the new year by announcing a new discovery. Exploring for resources close to existing infrastructure is a central part of Equinor’s strategy to further develop the Norwegian continental shelf (NCS). We need this kind of discoveries in the years to come,” says Nick Ashton, Equinor’s senior vice president for Norway and the UK.

Ragnfrid North is located around 20 kilometres south of the Kristin platform in the Norwegian Sea. The discovery will help clarify the resource base in the area for the next years.

“Ragnfrid North will, together with the former discoveries Lavrans and Erlend East, give a more detailed picture of the potential in this area of the Norwegian Sea,” says Ashton.

The licence partners will now evaluate the discovery for development and tie-in to the Kristin field and further maturing of the Kristin South project.

“The Ragnfrid North discovery will increase the probability of discovery for other prospects and pave the way for more drilling operations in this central part of the Norwegian Sea. This is something we will consider going forward while further analysing the results. The NCS still offers great potential,” says Ashton.

Exploration drilling in Ragnfrid North 6406/2-9 S started on 3 October and the well was drilled by the West Phoenix rig in production licence 199. West Phoenix is now being moved to the UK continental shelf to drill the Equinor-operated Big Foot prospect south of the Mariner field. 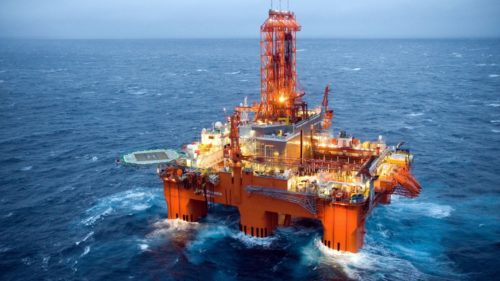