Equinor is stepping up its use of wired drill pipe to acquire subsurface real-time data during drilling operations, in line with the corporate digitalisation strategy and to prepare for automated drilling.

In addition to the corporate frame agreements with the two suppliers, commitments have been made on the use of wired drill pipe delivered by NOV for specific operations, such as Mariner in the UK, the West Herkules exploration campaign on the Norwegian continental shelf and Transocean Enabler’s drilling campaign on Trestakk. Estimated value of this work scope is around NOK 300 million.

The contracts allow the technology to be used on all Equinor installations globally. The total contract value may exceed NOK one billion during the first three years of the contract period.

“This technology gives us a deeper understanding of what is happening inside and around the well during drilling, and makes it easier to make the right choices, based on real-time data, during the drilling operation. We will eliminate expensive mistakes, such as obstructions in the open hole during and after drilling and having to drill sidetracks. It also gives us a better understanding of the reservoirs and enables us to optimise the well placement. We become more efficient because we can control the speed and power of the drilling against the limit values that are most suitable underground,” says Geir Tungesvik, head of TPD Drilling & Well.

He says that Equinor has already good experience from using this technology during the Barents Sea exploration campaign last year.

“That is why we are expanding the use of this technology, while we are upgrading all rigs and some platforms in 2018 and 2019 to prepare for more automated drilling. This technology is an important element of our digitalisation strategy. I look forward to expanding the use of high-speed data transfer, which I believe will help ensure safer and more efficient drilling operations.”

The wire inside the drill pipe allows high-speed data transfer. The signals transmitted through the drill pipe are estimated to be 10,000 times faster than the pressure waves of the drilling mud in conventional drill pipes.

“We are pleased about awarding these global contracts and we are looking forward to the cooperation with NOV and Schlumberger. At the same time, we want the industry to keep developing this kind of technologies. Technology development in this segment is progressing fast and we are eager to see the development of other solutions in the market that may be relevant for us to test in the short or longer term,” says Peggy Krantz-Underland, Equinor’s head of procurements. 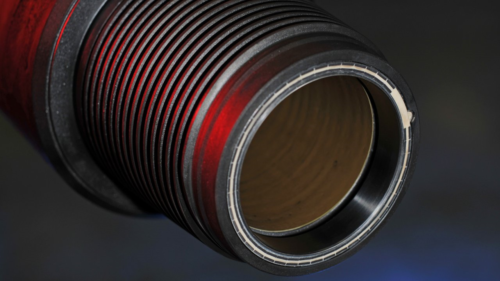