For more than three years and on an ongoing basis, NYSERDA and some state partners have been conducting extensive stakeholder outreach, public engagement, and detailed technical and financial analyses in order to advance the responsible and cost-effective development of offshore wind for New York State.

These efforts, guided by the framework of the New York State Offshore Wind Master Plan and the New York State Public Service Commission’s Order adopting the Offshore Wind Standard, are positioning New York to take advantage of its unmatched intellectual capital, world-class workforce, and physical and financial infrastructure to become a hub for the offshore wind industry in the United States. 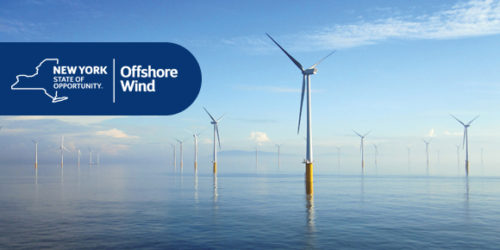 This solicitation will help to ensure that New York’s offshore wind resource is developed in a way that is sensitive to environmental, maritime, economic, and social issues. Notable provisions in the solicitation include: