The world’s largest operational offshore wind farm, Walney Extension, will be officially opened today at a ceremony in Barrow in the north-west of England.

Walney Extension, which is owned by Ørsted and its partners PFA and PKA, is the first project to use wind turbines from two different manufacturers.

Matthew Wright, Ørsted UK Managing Director, said: “The UK is the global leader in offshore wind and Walney Extension showcases the industry’s incredible success story. The project, completed on time and within budget, also marks another important step towards Ørsted’s vision of a world that runs entirely on green energy. The North-West region plays an important role in our UK offshore wind operations and our aim is to make a lasting and positive impact here. We want to ensure that the local community becomes an integral part of the renewable energy revolution that’s happening along its coastline.”

Peter Damgaard Jensen, CEO at PKA, said: “We’re proud to participate in the opening of the world’s largest offshore wind farm to date, and to supply over half a million UK homes with green power. Walney Extension is our sixth investment in wind farms since 2011, and is yet another important contribution to PKA’s ambitious climate strategy in which we continuously work to create good returns to our members while at the same time making a positive difference for the climate.” 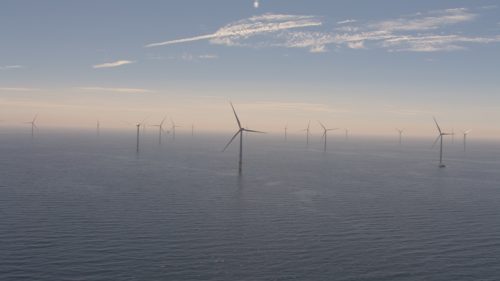