“It took 21 months from the licence partners chose the concept until production started. This is a new fast-track record for Equinor,” says Torger Rød, senior vice president for project development in Equinor.

The project provides 13.3 million new barrels of oil to the Visund field, 6% more than originally estimated. When the investment decision was made the costs were estimated at NOK 1.5 billion. During the execution phase they were reduced to NOK 1.3 billion. 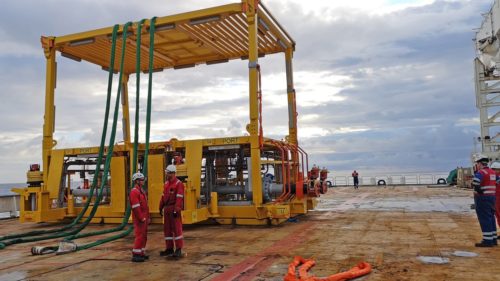 “We are delivering well within the downward adjusted budget. The project has a competitive break-even price and will be profitable even with an oil price well below the current level,” says project director Tone Kristin Børslid.

Visund Nord IOR is a fast-track development focusing on simplification, standardisation and continous improvement throughout the project phase:

“We are utilising the existing infrastructure effectively as we are routing the oil via the Visund C template which is located 70 metres away. The new template is a copy of this template. We have achieved synergies with other projects and we have even had good weather during the installations,” she says.

TechnipFMC, who also delivered Visund C, has been responsible for everything on the seabed through the EPCI contract, implying that the company has been in charge of engineering, procurement, construction and installation. The two wells were drilled by Odfjell Drilling’s Deepsea Atlantic drilling rig.

The project has now been handed over to the operations unit, providing 13.3 million new barrels of oil that will be produced via a field that will celebrate its 20th anniversary next year. 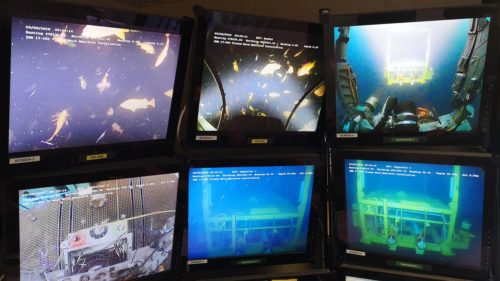