Norway’s Equinor will invest up to $15 billion in Brazil over the next 12 years to develop oil, gas and renewable energy sources.

Coinciding with an expected drop in output from many ageing oilfields off the cost of Norway, Brazil is expected to become a core region for Equinor as the firm takes advantage of the country’s opening in recent years to more foreign investment.

The company plans to raise its Brazilian output to between 300,000 and 500,000 barrels of oil equivalent per day (boepd) by 2030, from 90,000 boepd today by developing new fields, including the giant Carcara discovery.

“Brazil is a perfect match for Equinor with our operational, technical competence that we have built over decades on the Norwegian continental shelf,” said Anders Opedal, Equinor’s head of operations in the South American country.

The Norwegian oil and gas company has already invested around $10 billion in Brazil since 2001, acquiring stakes in a variety of discoveries and fields.

The Equinor-operated Peregrino II development is on track to start production at the end of 2020, with its break-even price reduced to below $40 a barrel versus the original estimate of $70, he added.

Equinor last year took a 25 percent stake in the Roncador field, aiming to boost output by around 500 million barrels over the lifetime of production, equivalent to the size of Equinor’s Johan Castberg field in the Barents Sea.

The Norwegian company now plans a multi-year drilling campaign to firm up its Brazilian resources, exploration chief Tim Dodson told Reuters on the sidelines of an energy conference.

“You need to go 30-40 years back in Norway to see the same opportunities … We are talking about giant discoveries with standalone installations. There’s still huge upside remaining,” he said of the outlook for Brazil’s oil production. 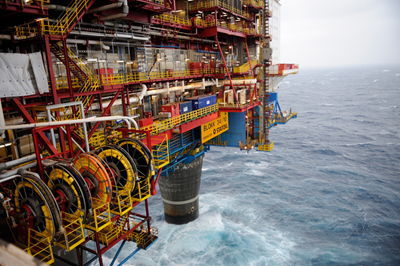