Equinor is awarding new service contracts to Baker Hughes Norge, Halliburton AS and Schlumberger Norge AS for integrated drilling and well services on most of the Equinor-operated fields on the Norwegian continental shelf.

Initially awarded for four years, the contracts have a total estimated value of some NOK 30 billion.

The contracts include options for five 2-year extensions. Extension of the contracts is subject to continuous achievement of the goals for well deliveries.

“This is a great day for Equinor and the Norwegian continental shelf. The contracts are the biggest we have ever awarded within drilling and well service. The integrated delivery model we have chosen will strengthen the interaction between the service supplier, rig supplier and operator, enabling us to drill more wells. This, in turn, will enhance recovery and ensure long-term operations,” says Pål Eitrheim, Equinor’s chief procurement officer.

The purpose of integrated drilling and well services is to clarify roles and responsibilities. This results in less interfaces and more clearly defined responsibilities, facilitating more seamless planning and implementation of the operations between the various contributors.

The new contracts will create jobs for some 2000 people on 17 fixed platforms and eight mobile rigs. They replace the current service contracts, which expire on 31 August. The contracts aim at new ways of collaborating, giving the service suppliers greater responsibility for services than before. Support from land will be essential to successful implementation of integrated operations. For mobile units the service contracts will be linked to the rig rather than the various licences.

The contracts include the following services for well construction: Integrated drilling services, Cementation and pumping, Drilling and completion fluids, Electrical logging and Completion. 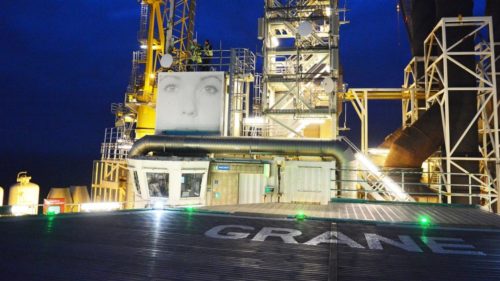