Heerema Marine Contractors (HMC) is in charge of transporting and installing the jacket in the German North Sea at a water depth of up to 40 metres and nearly 130 kilometres off the German coast.

Siemens and Petrofac are the main contractors on the BorWin3 project on behalf of TenneT. Petrofac awarded HFG with a contract to construct the jacket and the accompanying pinpiles in January 2016.

The jacket will support a Siemens HVDC station which will convert the alternating current produced by offshore wind turbines to direct current and deliver it onshore to the German national grid.

The commissioning of the BorWin3 is scheduled for 2019. 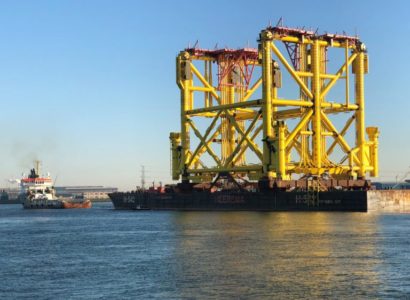