Kashgan, the largest oil field in the Kazakh part of the Caspian shelf, will increase the extraction of oil, said Kazakhstan’s Energy Minister Kanat Bozumbayev while at a meeting of the board of the Ministry of Energy in Astana. 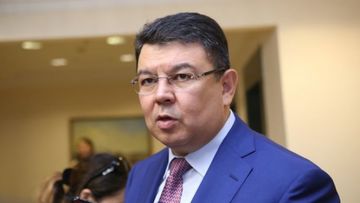 “NCOC aims to reach the full design capacity of 370,000 barrels per day in the shortest possible time and is exploring options to accelerate this process,” he said. Within the framework of these plans, the consortium is gradually increasing production volumes. “I spoke about the intention to keep the project portfolio complete by fulfilling the obligations for the Kalamkas and Actoty development projects, as well as for the implementation of the future phases of the Kashagan field,” said Bruno.

Bozumbayev recalled that at present the level of 300,000 barrels per day has been reached at the field. “Kashagan exceeds the schedule of oil production. Therefore, if Kashagan today has reached the level of 300,000 barrels, this is a very good result. If by the end of the year, 70,000 more barrels are produced to up reach 370,000 – that means production is increasing at a faster rate than when the field was commissioned,” Bozumbaev told journalists after the panel.