This vessel, named after a famous independence hero in Brazil, will departure from Yantai to Brazil in February 2018 and be stationed in Brazil under contract with Petrobras.

On December 29th 2017, OOS International named the OOS Tiradentes in collaboration with CIMC Raffles, due to enter OOS International’s offshore operations in Q1 2018. “The platform, developed in China, represents an important next step within our strategy adding a substantial capacity, reducing fuel consumption and saving on costs to meet the clients’ needs. I visited and inspected the unit several times and I am impressed by the quality of the vessel and highly experienced project team involved with the newbuild of the OOS Tiradentes. The main priority is to work in a safe and comfortable environment and CIMC Raffles executed this philosophy in the most professional way. Thumbs up for the entire team,” Léon Overdulve, CEO of OOS International, explains. 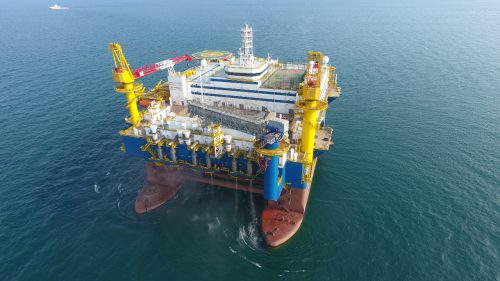