At the end of last week Microsoft announced its second European wind project deal in the Netherlands with Swedish power company Vattenfall.

Microsoft acquires 100% of the wind energy generated by the repowered and expanded 180 MW Wieringermeer wind farm.

Vattenfall announced late last month that it would invest more than €200 million to repower and expand its Wieringermeer onshore wind farm in the Netherlands, a project which would be the company’s largest wind investment to date in the Netherlands and would subsequently expand to be one of the largest onshore wind farms in the country. Specifically, Vattenfall will replace older windmills with the latest wind turbine technology and expand the farm to a maximum capacity of 180 MW (megawatts). Further, Vattenfall announced that it had also acquired the adjacent Wieringermeer extension which will eventually add another 115 MW to the site, bringing its combined capacity up to 295 MW.

However, Microsoft announced on Thursday that it had signed a 10-year agreement with Vattenfall to purchase 100% of the electricity generated from the repowered and expanded 180 MW Wieringermeer wind farm that sits adjacent to Microsoft’s local data center operations in the Netherlands, a regional hub which delivers Microsoft Cloud services to European customers, the Middle East, and Africa, as well as global customers. The data center, which was completed in 2015, is built to the latest standards and reduces water, power, and energy usage. 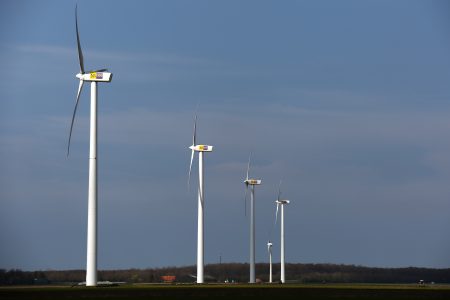 “Investing in local clean energy to power our local datacenter is a win-win for our business and the Netherlands,” said Brian Janous, general manager of energy at Microsoft. “Microsoft is committed to bringing new renewable energy sources online to power our datacenters. By focusing on local projects, we’re able to create new economic opportunities, reduce carbon emissions and make progress on our global commitment to increase the amount of clean energy used to power the Microsoft Cloud.”

Vattenfall intends to begin construction on the repowering and expansion of the Wieringermeer wind farm in 2018 and aims to bring it online in 2019.