The keel laying ceremony for the ship with a diesel electric propulsion system took place at Colombo port Thursday.

It is Colombo Dockyard’s first cable-laying ship and biggest contract so far.

Designed by Norway’s Vard Designs, the vessel is intended for sub-sea operations and cable laying and repair work and shall be built to Class NK and also meet Japanese government regulatory requirements.

The vessel, which measures 111.3m-long and 21.5m-wide, is also the biggest vessel to be built by Colombo Dockyard, which is majority-owned by Onomichi Dockyard Co. of Japan.

The cable ship will be outfitted with a 2,000 tonne carousel system with a spooling arm by MAATS of the UK and can carry a crew of 80 people. 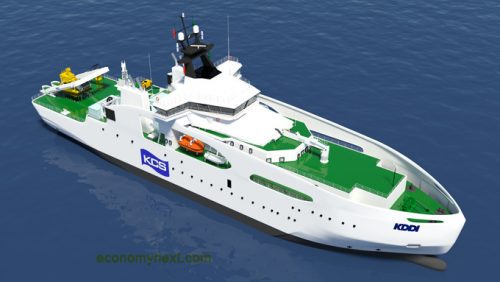