The energy industry is embracing the new realities it faces in the age of a lower-for-longer oil price and rising costs, according to representatives of every facet of the sector attending SPE Offshore Europe 2017.

With nearly 200 new exhibitors included on the show floor, and a total of 44 countries represented by those exhibiting, SPE Offshore Europe attracted delegates from 100 countries.

Conference chair, Catherine MacGregor, said: “It has been a great week. I was particularly pleased with the quality of the panel sessions, lunches, breakfasts and technical programme with excellent speakers and good level of discussions. I think we managed to create a bit of a buzz which was one of our objectives!”

Gareth Rapley, exhibition director of SPE Offshore Europe, says the commitment made by organisations of all sizes to the show for this and future years is a clear sign the event remains vitally important as a forum for collaboration, debate and business development.

“The positive atmosphere we’ve seen across the show is set against a backdrop of new companies, technologies and developments emerging and moving forward in the UKCS,” said Rapley.

“Operators and companies at every level of the supply chain have continued to make a significant investment in SPE Offshore Europe in what have been very challenging times and, as we look ahead, there is clear demand for us to return to Aberdeen in 2019. Numbers attending the show have exceeded our expectations, and re-bookings for space at the next edition of SPE Offshore Europe are already ahead of where we were on the last day of the event in 2015, which shows the confidence the industry continues to have in itself, the show, and the city.” 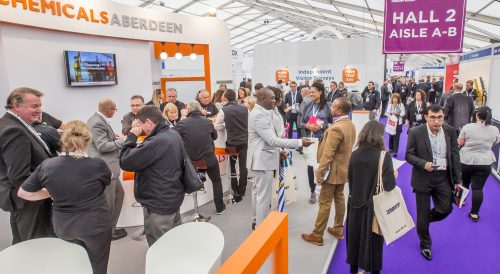