ConocoPhillips has won permission to prepare for the removal of the first permanent oil platform built off Norway more than 40 years ago. Heerema was awarded the actual removal contract.

The U.S. company applied in July to remove Ekofisk 2/4 A, which started producing oil from the North Sea in 1974 and shut permanently in 2013.

Production at the Ekofisk field began in 1971 from the Gulftide jack-up rig, a temporary installation standing on removable legs. Gulftide was replaced with production platforms permanently fixed to the seabed in 1974.

Discovered in 1969, Ekofisk was the first oilfield to begin production off Norway, kickstarting a period of unprecedented wealth for the nation of 5 million inhabitants.

While the field’s oldest installations are being removed, new equipment was put in place and production is ongoing, with the field expected to continue pumping oil towards 2050.

The Norwegian Petroleum Safety Authority said it had granted consent for ConocoPhillips to prepare for the removal of 2/4 A and three other installations.

With the exception of some smaller parts, the actual removal will depend on a later permit, it added.

ConocoPhillips plans to start preparations in the fourth quarter of this year.

All four platforms will eventually be taken to AF Decom yard at Vats on Norway’s western coast for dismantling and steel recycling, a spokesman for ConocoPhillips said. 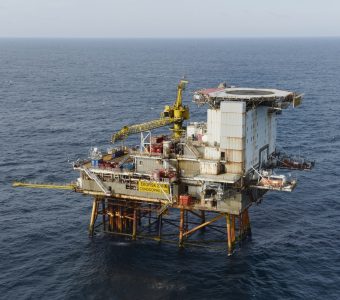