Kotug has successfully assisted Allseas with the transfer and transport of Shell’s Brent Delta topsides after the record-setting removal of the structure by the ‘Pioneering Spirit’.

Kotug was mainly involved in the assistance of the cargo barge ‘Iron Lady’ during the transfer of the topsides from the Pioneering Spirit to the Iron Lady and the ensuing tow of the barge to the Able UK decommissioning yard in Teesside, North East England.

This transfer was assisted by KOTUG, who operated and oversaw four harbour tugs which took over the Iron Lady in order to bring it under the Brent Delta platform in the slot of Pioneering Spirit.

Subsequently, the same four harbour tugs towed the ‘Iron Lady’ carrying the topsides out of the slot of the ‘Pioneering Spirit’ into the river Tees, for the remaining part of the transport to the decommissioning yard.

With the entrance channel to the Able UK decommissioning yard being narrow and tidal restricted, this final part of the journey required in-depth towage expertise and powerful, versatile tugs. Kotug and Allseas chose to deploy two Rotortugs and two ASD tugs in order to create maximum redundancy and manoeuvrability in the tug configuration. 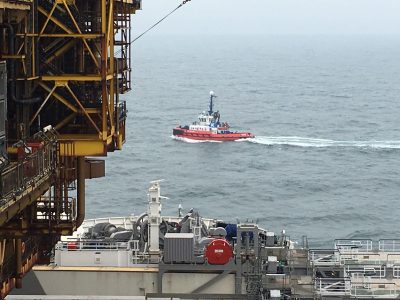 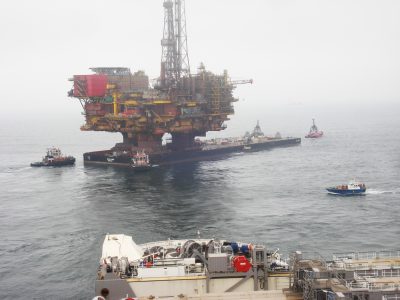