China has put into service the world’s largest and most advanced deepwater exploration platform.

The semi-submersible drilling platform ‘Bluewhale 1’ is able to drill to greater depths than any other similar facilities. And was delivered to the client – China National Petroleum Corporation (CNPC) Offshore Engineering Company, a subsidiary of the oil giant CNPC – at Yantai, a port city in Shandong province

While ‘Bluewhale 1’ is an exploration platform, the world’s largest production oil rig is Russia’s Sakhalin-1 offshore platform, which weighs 200,000 tonnes.

The platform has a maximum operating depth of 3,658m, and can drill a farther 15,240m into the earth’s crust. It is suitable for deep-sea operation across the world, according to the official website of CIMC Raffles.

The ‘Bluewhale 1’ is designed specifically for the South China Sea, where untapped oil reserves can lay buried 3,000m and more below sea level. 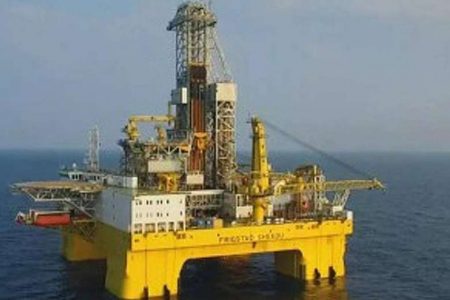