Following an international tender process, Nord Stream 2 AG have awarded a contract for offshore pipelay of the Nord Stream 2 natural gas pipeline through the Baltic Sea to Allseas.

The company will undertake offshore pipelay works for both lines in 2018 and 2019. Allseas will use three pipelaying vessels – Pioneering Spirit, Solitaire and Audacia.

The utilisation of the dynamically-positioned pipelay vessels, which are able to carry out precise maneuvering without anchors, should ensure additional environmental protection and safety in the congested Baltic Sea. Allseas’ Solitaire previously laid parts of the Nord Stream pipeline in the Gulf of Finland.

The contract to be signed within the next days follows the letter of intent agreed between both parties last December. Other tenders including the near-shore pipelay tenders in Russia and Germany are ongoing.

Henning Kothe, Chief Project Officer of Nord Stream 2 AG said: “This is another key milestone for Nord Stream 2. I am pleased that we have secured the necessary pipelay capacity for the project in the highly specialised offshore pipelay market. Following the award decisions in 2016 for pipe supply and for coating & logistics, we now have the major contracts in place to complete the project on schedule.”

The Nord Stream 2 project is proceeding as planned, including engineering, procurement, surveys, environmental impact assessments and permitting. Pipe production at three pipemills is ongoing, with a total of 480 km of pipes to be produced by the end of Q1 2017. Some 45,000 km of seabed have been covered by various survey vessels along the route corridor to ensure the safe installation and operation of the pipeline, with minimum environmental impacts. Altogether around 200 companies from 20 countries are involved in implementation of the Nord Stream 2 project for Europe’s long-term security of supply. 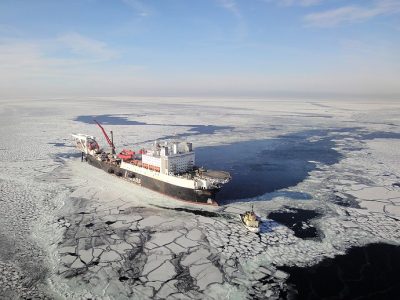