Shell Offshore and MOEX North America have each taken the final investment decision to execute phase one of the deepwater Kaikias project in the US Gulf of Mexico.

Kaikias has a competitive go-forward break-even price below $40/bbl, according to Shell.

The project will be developed in two phases. The first phase includes three wells tied back using a single flowline to the nearby Shell-operated Ursa production hub. The wells are designed to produce up to 40,000 boe/d. Phase one is expected to start production in 2019.

Andy Brown, upstream director of Royal Dutch Shell, said: “Kaikias is an example of a competitive and capital-efficient deepwater project using infrastructure already in place. The team has done a great job to reduce the total cost by around 50% by simplifying the design and using lessons learned from previous subsea developments.”

In addition, two other Shell-operated projects in the Gulf of Mexico are currently under construction or undergoing pre-production commissioning: Coulomb Phase 2 and Appomattox. 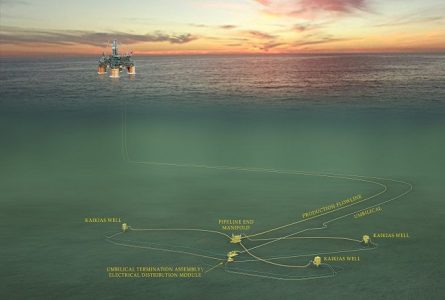