Baker Hughes and Schlumberger will be awarded the contracts for integrated drilling and well services on the Cat J rigs Askepott and Askeladden.

The rigs will perform work at Oseberg and the Gullfaks.

Schlumberger is currently delivering integrated drilling and well services at Mariner and Baker Hughes at Johan Sverdrup. They are both important suppliers for Statoil across the drilling and well disciplines. The Norwegian head offices of both companies are located in Stavanger.

Oseberg Cat J will contribute to continued development of the Oseberg area. From the autumn of 2017 the rig will drill wells for the Vestflanken 2 project. Later the rig may be used for further developing the area in the Oseberg Future Development, phases 2 and 3.

The past four years the Gullfaks field has seen substantial investments and upgrading. In 2016 consent to extended field life to 2034 was granted, almost 30 years beyond the original PDO estimate, which was 2005. The Cat J rig will be essential to the continued development of the Gullfaks field.

Owned by the Gullfaks and Oseberg licences the Cat J jack-up rigs are tailored to the conditions in the North Sea, where they are scheduled to be installed in the summer and autumn of 2017, respectively.

The rigs have derrick, allowing 40-metre pipe joints to be put together to increase the efficiency of the operations. They feature automatic pipe handling and the opportunity to perform parallel operations – i.e. making up pipe while drilling.

They will be instrumental in ensuring that the licences recover all profitable reserves, and may also be used for exploration.

The introductory Askeladden drilling programme focuses on proven reserves and gas blowdown wells on one of the Gullfaks satellite fields. Askepott will primarily drill through the unmanned wellhead platform at Vestflanken 2, which is part of Oseberg. 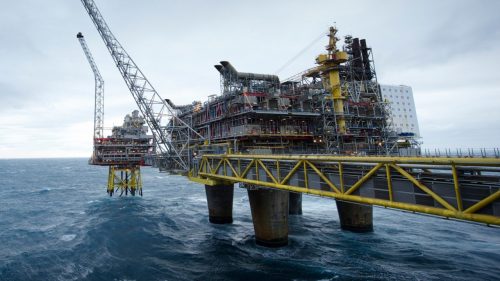