ExxonMobil has discovered another deepwater oil field in the Stabroek block offshore Guyana, according to partner Hess.

Hess added that the Liza-3 appraisal well, completed in November, identified another good-quality, deeper reservoir directly below the Liza field that is estimated to contain 100-150 MMboe. This resource will likely be part of the full Liza field development.

John Hess, CEO of Hess, said: “While further appraisal is required, we believe that the resources recently discovered are significant and will be accretive to the more than 1 Bboe already confirmed at the Liza discovery.”

On completion of operations at Payara-1, the Stena Carron will transfer to spud the Snoek exploration prospect, 6 mi (10 km) south of Liza-1. 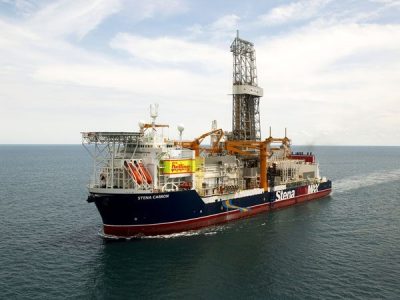