German authorities have towed an unexploded sea mine away from Dong Energy’s 252MW Gode Wind 2 offshore wind farm in the German North Sea.

The mine, which was spotted at the edge of the wind farm earlier this week, is believed to be from World War 2, said Germany’s Central Command for Maritime Emergencies (Havariekommando).

Havariekommando towed the mine to a sandbank between the uninhabited islands of Minsener Oog and Mellum, where disposal is planned for this afternoon during low tide.

The multi-purpose vessel Mellum was on the job, accompanied by a Federal Police vessel.

Earlier plans to detonate the mine offshore were cancelled due to bad weather.

Gode Wind 2, which is located some 33km North of Norderney island, is 50% owned by a consortium of Danish pension funds including PCA, Industriens Pension, Pension and Lærernes Lægernes. 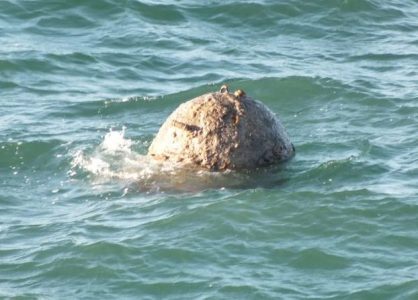