The vessel is 141 metres long and 20 metres wide and has a specially-developed bow and extendable ramp.

The vessel’s roll on/roll off feature makes it possible to drive cargo to and from the cargo deck, which makes loading and unloading a more cost-effective operation.

Siemens will use the ‘Rotra Vente’ mainly in the North Sea for the transportation of mast, nacelles and rotor blades for wind turbines.

A second vessel, the ‘Rotra Mare’, is expected to be completed in the first quarter of 2017. 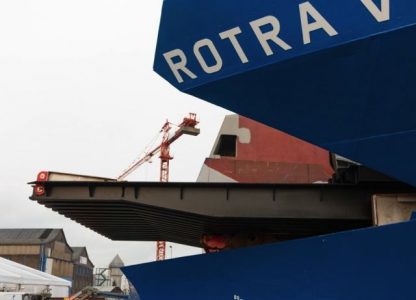