Gazprom and Petroleum Pipeline Corp. (Botas) signed a memorandum of understanding On Dec. 1, 2014, to construct TurkStream. The pipeline will extend 660 km along the old route of the South Stream gas pipeline and cover 250 km of a new route toward the European portion of Turkey. The first string is planned to exclusively supply gas to the Turkish market.

Gazprom this month also secured TurkStream’s first construction permit for its offshore section from Turkish authorities. The offshore line will consist of four strings with a capacity of 15.75 billion cu m each. 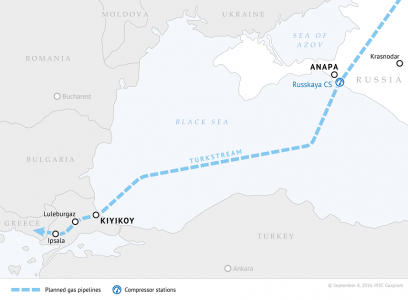