“Statoil’s expansion plans in both oil and gas and renewables demonstrate the versatility of Scotland’s energy sector. While we realise that these are challenging times for the industry and workforce, this investment and expansion from Statoil is a real vote of confidence in the North Sea’s future. We are committed to working with firms like Statoil to support Scotland’s mixed energy sector and prepare it for a positive future,” First Minister Nicola Sturgeon said.

Deirdre Michie, CEO of industry organisation Oil & Gas UK, also greeted the company at the opening ceremony: “This is an exciting time for Statoil and a positive development in what has been a really challenging time for our industry. We are delighted that Statoil see the UK Continental Shelf as an attractive place to invest and we value the proven expertise in technically challenging heavy oil developments that they bring. The new office and presence here is a very welcome signal of confidence in the future of the UK North Sea,” she said.

Hedda Felin, Managing Director of Statoil Production UK, underlined Statoil’s long term energy partnership with the UK, as a gas supplier and an investor in oil and gas as well as offshore wind.

“Statoil has a long term commitment to Scotland and to the UK Continental Shelf, as this new operations centre visibly demonstrates. Starting with just a handful of employees in the spring of 2013, Statoil has grown its workforce in Aberdeen to around 140. This autumn we will initiate another significant recruitment process, with around 40 open positions to be filled in coming months,” she said.

On top of that more than a thousand workers in the supply chain will be employed in the year-long Mariner hook-up and commissioning campaign that is planned to start in the summer of 2017.

“It is a tough time for the industry and for North-East Scotland. Statoil started its technical efficiency and improvements program early, and we are reaping the benefits of simplifications and improvements that have been achieved in the company and industry at large, as we take on the final development stages for Mariner and prepare for operations. We are fortunate to be in a location where we are mandated to grow, developing something new, and contributing to local jobs and value creation.”

Hedda Felin also pointed to Statoil’s increased UK exploration activity. “We have increased our acreage position significantly in recent years, based on the belief that large discoveries can still be made on the UKCS. Our ambition is to drill three UK exploration wells in 2017 – one in the Mariner area, and two wildcats elsewhere on the UKCS,” she said

In November this year Statoil will start the pre-drilling of production wells for the Mariner field, which calls for four to six wells to be ready before start-up in 2018.

“We are entering a period of significantly increased operational activity. With state of the art technology and an open layout designed for collaboration, this new Statoil House will help us deliver safe and efficient operations in decades ahead,” Hedda Felin said. 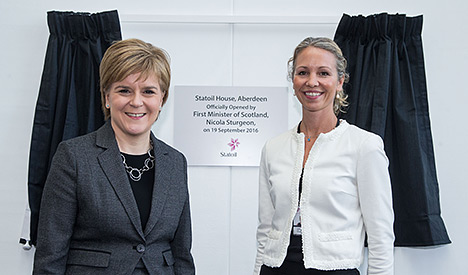 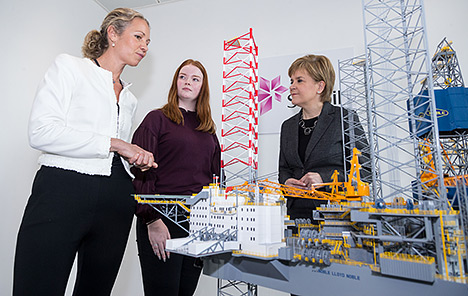