After years of sitting idle in the North Sea the time has come for the Yme oil platform to be removed and sent to the scrapyard.

The platform, ‘Yme Mopustor’, with MOPU an abbreviation for Mobile Offshore Production Unit, was delivered by Dutch SBM Offshore to produce oil from the Talisman operated namesake field in the Norwegian sector of the North Sea.

However, following cracks found in the legs of the platform in 2012, the platform has been abandoned, and the decision was subsequently made to remove and scrap the platform.

The ‘Pioneering Spirit’ will use its 59 meters wide slot between bows to float in around the Yme platform and then lift off the topside weighing more 13.000 tons in a single piece.

The lifting process will, according to the decommissioning plan, be completed in under one minute (about eight seconds). This is the first real job for the behemoth vessel.

The Yme oil platform, spanning some 72m in length and 87m high, will be dismantled by Veolia at its decommissioning site at Lutelandet in South West Norway.

Once the lifting of the Yme has been completed, the Pioneering Spirit will return to Rotterdam where the remaining four topsides lifting beams will be installed for the Shell Brent Delta topsides removal, scheduled for the summer of 2017. 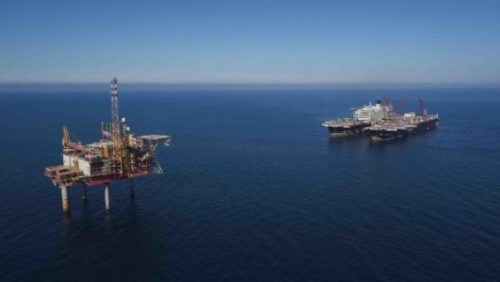 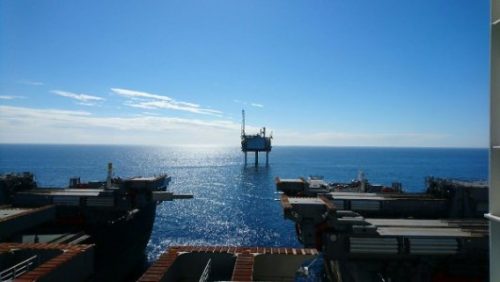 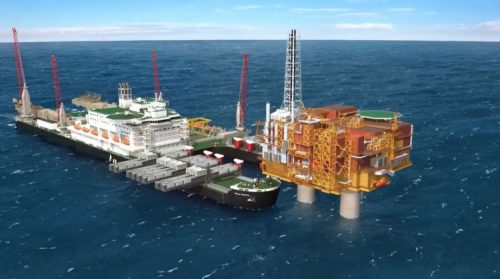