A Transocean semi-submersible drilling rig is hard aground in Scotland’s Western Isles after breaking free from its tow overnight in heavy weather.

The 17,000t drilling rig Transocean Winter was under tow by ‘Alp Forward’ when they encountered severe weather west of the Isle Of Lewis, Scotland, preventing the pair from making headway. At about 4:20 a.m. monday the master of the ‘Alp Forward’ reported that the tow line had parted.

The drilling rig is now grounded on the west side of the Isle of Lewis near Carloway.

There is approximately 280 metric tons of diesel on board, the UK Maritime & Coast Guard Agency confirms. An update from the Coastguard said the pollution risk is low.

There are no personnel aboard the rig. The tug ‘Alp Forward’ remains on scene to visually monitor the rig.

Transocean and ALP Marine, owner of the tug, have mobilized a salvage team from SMIT Salvage to deal with the incident. 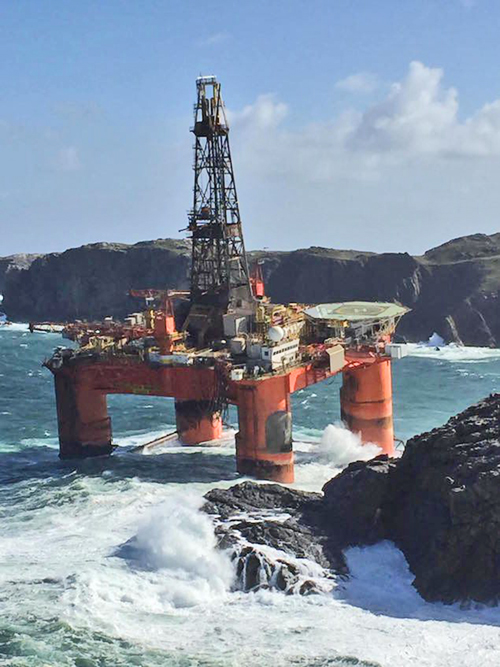