The vessel’s contract was due to expire at the end of this year but was terminated as of May 31, Subsea 7 said today.

The Oslo-listed shipowner said the cancellation would incur a $47m loss from its group contract backlog.

“Brazilian maritime law prioritises Brazilian-flagged vessels over international vessels of a similar specification. As a consequence, the operating licence for Seven Mar has expired, which resulted in the early termination of the contract,” Subsea 7 explained in a filing.

In Brazil, vessels must have their Certification of Charter Authorisation (CAA) and Registration Certificate of Temporary Foreign Vessels (AIT) certificates renewed annually in order to operate in Brazilian waters under a foreign flag.

Under Brazilian law, when a foreign-flagged vessel comes to renew its CAA and AIT certificates, the renewal can be ‘blocked’ by an unemployed Brazil-flagged ship that is built to the same specification, which can take over the foreign vessel’s employment contract. 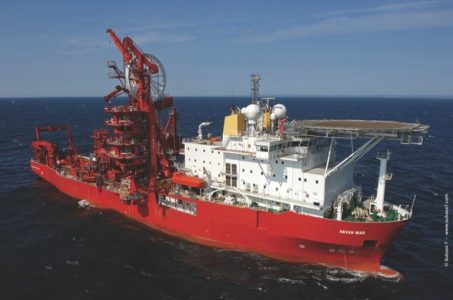