Norwegian oil major Statoil has marked thirty years of production from the Heimdal field located in Block 25/4 of the Norwegian North Sea, at the far north-west edge of the Utsira Formation.

The Heimdal field was discovered in 1972. Development was approved in 1981 and production started in 1986. The field is operated by Statoil and the licencees include Centrica, Petoro, Total and Lotos E&P.

The first well, drilled between July and December 1972, proved to have both gas and condensate reserves.

When it started production, Heimdal was the largest steel jacket on the Norwegian continental shelf. According to Statoil, production of gas and condensate proceeded at reasonably steady annual rates in the period from 1986 to 1996.

A riser platform, Heimdal Riser, was installed beside the main platform. At the same time, Heimdal was connected to the gas pipeline from the Frigg field to St. Fergus in the United Kingdom, which was given the name Vesterled.

Gas from Huldra, Vale and Byggve/Skirne arrived for processing and export. Grane imported gas through its own pipeline from the riser platform. This resulted in a new era for Heimdal as one of the most important gas hubs on the Norwegian continental shelf, Statoil said.

After 2007 and the merger between Statoil and Hydro’s oil and gas operations, it was discussed whether to shut down Heimdal from 2014 due to declining production.

In October 2010, Statoil submitted a plan for the development and operation of Valemon, and Heimdal was given the job of processing and exporting the gas.

This extended Heimdal’s lifetime by some 20 years. Heimdal is now primarily a hub for the processing and distribution of gas. The platform receives gas from fields such as Huldra, Oseberg, Skirne and Vale and exports this via the Vesterled and Statpipe pipelines after processing.

Nina Birgitte Koch, vice president for operations for Heimdal, said: “Heimdal has played an important role in Norwegian petroleum history by being an important part of the development and expansion of the Norwegian gas export system. Following its golden age as a producer, a great deal of work has gone into maximising value creation from Heimdal’s infrastructure, which has served as a hub and later as a processing plant for gas from Valemon. The fact that we are now producing from the field with a new well, highlights that Heimdal is constantly entering new phases and still plays a role in the Norwegian petroleum industry.”

Statoil is celebrating the field’s anniversary by publishing the field’s own biography, written by Lars Gaute Jøssang, Professor of History at NLA University College in Bergen. 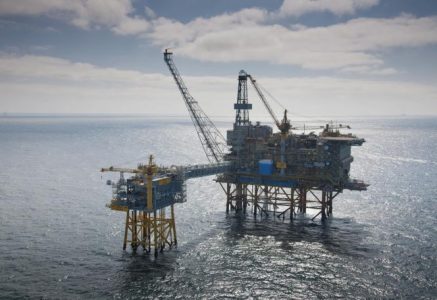