The VLS was delivered to La Rochelle from Poland in July 2015 by M/V Jumbo Jubilee and was fully assembled in six months. It arrived to its destination in January 2016: Saipem’s subsea construction vessel Normand Maximus.

Upon arrival at the Port of Brattvåg, Fairmaster moored alongside the newly built hull and placed the VLS and its foundation successfully onboard Normand Maximus in winter conditions. 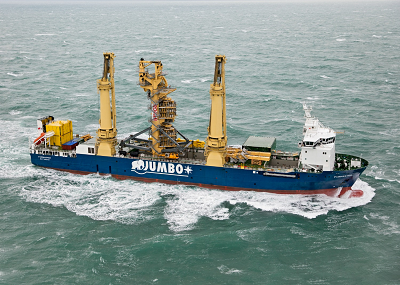