Leading international oilfield services company, Expro, has strengthened its operations in the North Sea with $25m in contract wins secured in the UK and Norway.

The company has been awarded a subsea contract for oil and gas producer, Wintershall Norway, in the Haltenbanken area of the Norwegian Continental Shelf (NCS). The five-year contract, for Wintershall’s Maria project, includes multi-well completions with two optional two-year extensions.

The scope of the contract includes the supply of a complete workover riser system including surface test tree and subsea landing string systems. Operations, maintenance and engineering support services will also be provided for the system including global riser analysis and life cycle fatigue monitoring.

In the UK Central North Sea, the company has won a contract with Premier Oil plc for its Catcher development to provide surface well testing and fluid analysis services on 22 subsea wells for three years, with options for three one-year extensions.

Expro have been the leading supplier of well testing services to Premier Oil since 2009, and are currently undertaking work in the Solan field development, west of the Shetland Isles.

These wins have been followed by further contract extensions with key clients across the UK Continental Shelf for well test, clean-up and slickline services.

Expro’s work in Norway will be supported by a major new base in Tananger set to officially open later this year. The 19,000 sqm facility will house several of the company’s key product lines including Drill Stem Testing and Well Testing, and will comprise an office building, yard and workshop with the capability to rig-up four well test packages, and service a further six, simultaneously.

Neil Sims, Expro’s Vice President – Europe CIS (Commonwealth of Independent States) comments: “These contract wins are testament to the strong relationships Expro maintain with key clients across Europe. Our flexible solutions, commitment to safety, customer service and quality field performance in the region ideally position us to support these contracts. Expro’s world-renowned subsea technology and fluids expertise have been applied in similar successful projects across the North Sea, and we have provided over 2,000 well tests and 150 well testing packages to the global oil and gas industry. In the UK, developments such as Catcher are integral to the future of the North Sea, and these contracts will see Expro utilise local expertise and the supply chain in Aberdeen and Great Yarmouth. In Norway, we have underlined our commitment to projects in the region with significant investment in our new base and technology – including over $10m in capital expenditure for new equipment to services well test projects since 2012.” 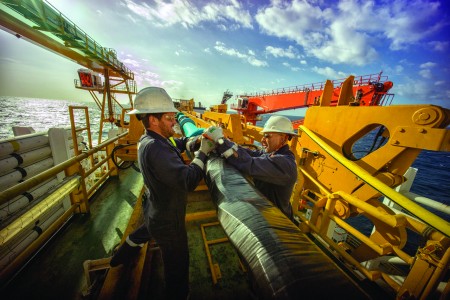